Why the Super-High Dividend Yield From Frontier Is Safe 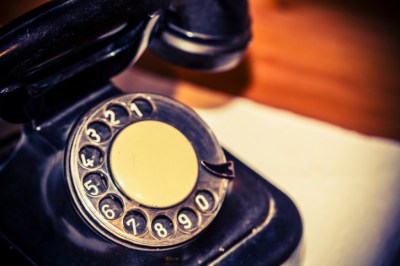 Source: Thinkstock
Frontier Communications Corp. (NASDAQ: FTR) is often considered a controversial stock in the world of telecom. It is involved in an acquisition and has a dividend yield of almost 8%. This yield is so high that many investors might just assume the dividend is unsustainable. What investors have to consider is not just where the company is today, but how intertwined its future earnings and free cash flow picture is with a deal involving Verizon Communications Inc. (NYSE: VZ).

While a big boost came from the brokerage and research firm D.A. Davidson raising the rating to Buy from Neutral with a $6.50 price target on Wednesday, a Wells Fargo note may show an even better reason, with formal research outlining why the high-yield dividend is safe here.

Wells Fargo’s Jennifer Fritzsche has only a Market Weight rating on the rural local exchange carrier segment, but she has an Outperform rating on Frontier Communications shares. What really stood out in a note this week was that her last full research report from earlier in May had a valuation range of $8.50 to $9.00 attached to it.

The Wells Fargo note from this week also highlighted just how intertwined the company’s future growth and dividend situation is now with Verizon. Frontier announced that it was raising $2.5 billion in equity and $8.35 billion in debt to fund its $10.5 billion acquisition of Verizon’s wireline assets in California, Texas and Florida.

Of the $2.5 billion in new equity, the breakdown was $750 million in common stock and some $1.75 billion in a convertible preferred issue. This equity component is slightly downsized from the originally telegraphed $3.0 billion combined. The timing of this financing also looks to be in the second or third quarter of this year, and the total transaction is expected to be 30% accretive to leveraged free cash flow, as well as improving its payout ratio by 8%.

The company reiterated its synergy target of $700 million by year 3 post close and $525 million net cost savings on day 1 via flash cut to Frontier systems. Frontier reiterated its first half of 2016 close and does not expect any issues with its approval process.

As a reminder, Frontier already received an early termination of the Hart-Scott-Rodino Antitrust Act review from the Federal Trade Commission in May. State approvals are said to also be well under way.

The big concern is about the new stock and the convertible issue. Wells Fargo called the issuance somewhat painful at these levels — after all, the stock was down over 20% since the start of May. The firm also expects that getting this issuance out of the way should remove a huge overhang on the shares. Another unknown is the future interest rate moves with the slow summer ahead.

In Fritzsche’s view, Frontier shares remain very compelling, with a dividend yield of 8.1% and a payout ratio of only 54%, which is lower than its peers.