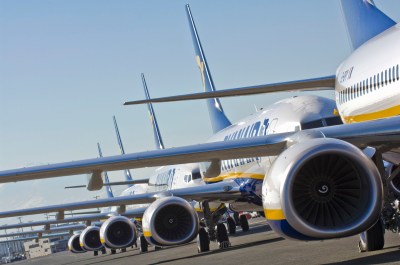 Source: The Boeing Co.
Airlines have been able to raise ticket prices almost at will, it seems. They have added fees for everything from baggage to blankets. Add to those advantages a plunge in jet fuel prices due to the sell-off in oil, and the industry has entered one of its best business environments in years.

But the news is better than all that. According to an industry mouthpiece:

“Despite passengers already paying more than their fair share in federal taxes and fees, airports are pushing to nearly double the airport tax and allow it to automatically increase annually”

A4A projects spring 2015 air travel to rise to its highest level in seven years, with passenger volumes expected to fall just below the 2007 peak. Approximately 134.8 million passengers (2.2 million per day) are expected to fly on U.S. airlines during March and April compared to 132.2 million passengers in 2014 – a 2 percent or 43,000 passengers a day increase. This includes a record 17.2 million travelers (283,000 per day) on international flights. To accommodate the expected growth in demand, airlines are increasing the number of seats by 3 percent or 64,000 seats per day during this period.

Investors in airlines have reaped benefits also. Shares of Delta Air Lines Inc. (NYSE: DAL) have risen almost 400% in five years. Some of the gain likely came because of savings derived from its buyout of Northwest Airlines, but a carrier does not have to benefit from a merger. The stock of Southwest Airlines Co. (NYSE: LUV) has moved higher by 400% over the same period. In an industry in which bankruptcies are commonplace, shares of American Airlines Inc. (NASDAQ: AAL), which combined with U.S. Airways as it exited Chapter 11, have matched Delta’s over the past year. The carrier was not yet created three years ago, so a comparison over that time is not possible.

However, the situation for airlines is almost too good to be true, which usually leads to only one conclusion.