Will Boeing Build a Replacement for the 757? 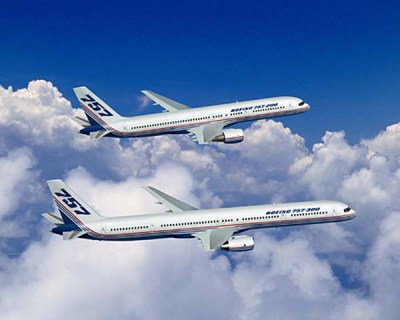 Boeing rival Airbus Group announced its new A320neo single-aisle model in 2011 and, at the time, Boeing pooh-poohed the idea that the new version of the A320 was a replacement for the 757. Now, the company may be singing a different tune.

Just last month, Airbus announced its first order for a version of the A321neo that has been dubbed the A321LR (long range) with maximum range of 4,000 nautical miles and maximum takeoff weight of 97 metric tons. Air Lease Corp. (NYSE: AL) has ordered 30 of the planes. Boeing’s 757 could carry between 180 to 240 passengers a maximum of 4,100 nautical miles.

The Wall Street Journal reported Wednesday morning that Boeing “has begun quietly polling around 30 potential customers” for a plane that is larger and can fly farther than the 737 MAX 10, which Boeing has claimed is sufficient for 95% of the 757 routes. Regardless of what Boeing has said about its re-engined 737, the A321LR has gained enough traction to cause the company to rethink its determination not to build a replacement for the 757.

What could Boeing do? A new design would cost the company around $15 billion. That probably will not happen. More likely Boeing will put a new engine on the 757 airframe. The Wall Street Journal cites AerCap Holdings NV’s (NYSE: AER) CEO as saying that he would change some existing orders for the A321LR for a re-engined 757.

At an aerospace conference that began Wednesday in Washington state, Leeham reports that airline consultant Richard Aboulafia of the Teal Group said that aircraft buyers are looking for new engines on existing airframes rather than new planes built of new composites that drive costs up.

More fuel-efficient engines on a 757 airframe seems like a no-brainer for Boeing, especially because, as Aboulafia also pointed out Wednesday, planes are getting smaller as the international air traffic system grows. Airbus is under some pressure to re-engine its super-jumbo A380, for example, but Aboulafia does not expect the company to give in to the pressure.

Boeing’s big problem remains the deferred production costs on for the 787 Dreamliner and how that line in the company’s financial reports keeps growing. It now stands at $30 billion, and it grows with every 787 Boeing sells due to the intense price competition between Boeing and Airbus.

Adding another massive new design track makes little sense for Boeing, but it makes equally little sense for the company just to hand over the 757 business to Airbus. No doubt Boeing will dither around for a few months and then declare that it is putting new engines on the 757 and that was the plan all along. Just like it did with the 737 and the re-engined 737 MAX.