Are Sporadic New Plane Orders Becoming a Concern for Boeing? 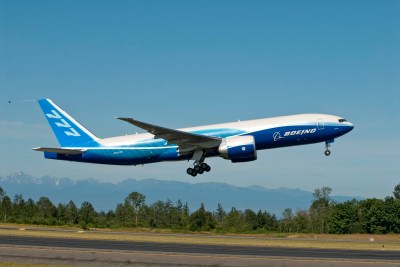 Source: Courtesy Boeing Co.
Boeing Co. (NYSE: BA) is currently the second best performing stock year-to-date out of the 30 Dow Jones Industrial Average stocks in 2015. The question that investors need to ask is whether Boeing should be this much higher. Boeing’s shares were up over 14% so far this year, but at the highest point in February the stock was as much 23% higher. The reason for the questioning of such strong performance is the recent order flow.

The Orders and Deliveries section of the Boeing site showed that Boeing has received six new orders in the past week. They were reported as going to unidentified customers, being one 737 plane, two 777s and three 787s. The prior week’s update showed a goose egg, zero.

As to why some might question the company’s orders, there is only one week left in the quarter. So far the first quarter has generated 80 net plane orders, after backing out five order adjustments (cancellations or delays). Of the 80 orders so far in 2015, only four of them are for 787 Dreamliner planes. Boeing showed that seven of its orders were 777s, three were 747s, and 66 were 737 varieties.

What should stand out here is that Boeing’s first-quarter orders for 2014 came to 235 total planes. Does this sound like a trend that would support a 14% gain in the stock in just under one quarter?

Without knowing which specific family models each of these planes were and without knowing what sort of discounting or adjustments were made on the list prices, it is nearly impossible to calculate the actual revenues.

Still, we can go back to the last earnings report and get a better picture for the long haul. Its backlog grew to a record $502 billion, which included the company’s record of $152 billion in net orders during 2014. Wall Street analysts have indicated that Boeing is expected to have almost $95 billion in total revenues in 2015 and over $97 billion in 2016.

What we do know is that Boeing had added in a new system to build the high-demand 737 planes faster. So, what have analysts keyed in about lately regarding Boeing? Goldman Sachs cut its rating to Sell from Neutral back on February 23. Just a few days prior to that negative call, Sterne Agee reiterated its Buy rating and kept a stellar price target of $196 on the stock. Boeing shares were closer to $157 around that call.