What Does Boeing 787 Dreamliner Cost? 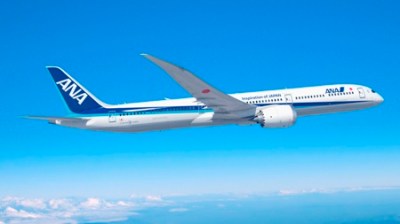 Source: The Boeing Co.
Last Friday, The Boeing Co. (NYSE: BA) named a new vice president and general manager for its 787 Dreamliner program. Mark Jenks will take over the program from Larry Loftis who is retiring at the end of July. Loftis took over the program in the fall of 2011, shortly after Boeing delivered its first 787 to All Nippon Airways.

Boeing launched the 787-10 in June of 2013 at the Paris Air Show and said at the time that it had 102 commitments for the new model. As of the end of March , Boeing has taken orders for 1,105 of all 787 models and 142 orders for the 787-10. Singapore Airlines placed an order for 30 of the planes on the launch date and United Continental Holdings Corp. (NYSE: UAL) ordered 10 on the launch date to go with the first 17 it ordered in 2010.  Other customers for the 787-10 include Air Lease Corp. (NYSE: AL) and General Electric Co.’s (NYSE: GE) Capital Aviation Services. The United Arab Emirates Etihad Airways ordered 30 in November 2013  and British Airways ordered 12 in December 2013. An order for three of the planes came from Japan’s All Nippon Airways (ANA) in March after no orders for the plane were placed at all in 2014.

Boeing now builds 10 787s a month at its plants in Everett, Washington, and North Charleston, South Carolina. That rate is slated to rise to 12 per month next year.

It took nearly 8 years for Boeing to get the first Dreamliner off the drawing board and into service with the world’s airlines at a total development and manufacturing cost estimated at $32 billion. That’s about twice as long as the company’s initial estimate and more than 5-times more expensive.

Because Boeing uses a program accounting method the company is able to defer the cost of building the planes until the company actually delivers one. That first 787 that went to ANA cost Boeing about $30 billion to build. But the cost per plane comes down with each copy Boeing sells and by next year the current $27.7 billion in Boeing’s deferred production costs is expected to stop growing.

But some analysts see the pile of deferred costs as essentially never ending. The Teal Group’s Richard Aboulafia told Forbes, “[Departed CEO Jim McNerney] leaves behind a huge pool of deferred losses on the 787 program, with few signs of improvement in sight.” Aboulafia estimates that Boeing’s actual sales price on a 787-8 is about $120 million. To make a profit Jenks and new CEO Dennis Muilenburg have to figure out a way to build the plane for less than it now costs.

At a current loss of $26 million per copy, that leaves $94 million. Wringing out another $12 to $14 million in costs per plane would give the company a profit margin of around 10%. The question Boeing has to answer, then, is whether or not the company can build a 787 for around $80 million.

Another analyst once said that the 787 will not be profitable until 2019 after the first 1,000 Dreamliners are delivered and another analyst calculated that Boeing won’t recover all its costs on the 787 until it sells at least 1,900 planes. Through the end of June 2015, Boeing had delivered 292 of its Dreamliners.