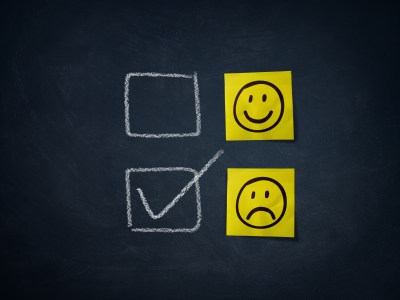 Source: Thinkstock
Every company in the United States claims to care more about its customers than the competition does. Yet polls show that some corporations do a truly abysmal job of keeping their patrons happy.

24/7 Wall St. collaborated with research survey group Zogby Analytics, which polled more than 1,500 adults about the quality of customer service at 151 of America’s best-known companies in 15 industries, asking if the service is excellent, good, fair, or poor. (See how the survey was done and full results on the last page of this article.)

Click here to see the Customer Service Hall of Shame

Click here to see the Customer Service Hall of Fame

Most of companies in the 2015 Hall of Shame have appeared on the list before. Seven companies made the list for at least the third time since 2009. Comcast and Bank of America have had bottom-ranked customer service for seven consecutive years.
Other companies made the Hall of Shame for the first time this year. Both Verizon and T-Mobile made their debut this year, joining AT&T as the three mobile telephone companies with the lowest rated customer service.

Cable, satellite, and wireless service providers make up six of the 10 spots on this list. These industries are notorious for their long-running problems with customer satisfaction, and there are many potential reasons for this trend. One likely explanation may be the limited competition these companies face.

In an interview with 24/7 Wall St., customer service and experience expert Shep Hyken explained that cable companies in particular may suffer from a lack of urgency to improve the quality of their customer interactions.

Because of this, these companies have earned a reputation for terrible customer experiences unique to the industry. “When you want to have cable installed, you have to take a half a day off of work, and you have to hope the cable guy shows up,” Hyken said. He noted that if Apple, or one of the companies that make up this year’s Customer Service Hall of Fame were in the cable business, customer service would improve. Hyken added that many cable companies have worked to reduce the customer service problem in particular, but bad service practices are common enough that the stigma is still there.

Customer dissatisfaction among these service providers may be about to get even worse. Four of the companies on this year’s list are either in talks or are actively in the process of merging, which could conceivably exacerbate the problems caused by lack of competition. Verizon has bought AOL, and DirecTV and AT&T also have a pending merger. If this year’s survey is any indication, customers of these companies will likely not see much of an improvement in their experience.

Another industry that tends to perform very poorly in this poll is the banking and financial services sector. Bank of America and Wells Fargo both made the Hall of Shame this year, while JP Morgan Chase just missed the list. Residual acrimony from the financial crisis may partly explain these companies’ poor rank, as many Americans blame the financial companies’ excesses and carelessness for the crisis.

Hyken, on the other hand, argued that these poor scores may have more to do with government regulation imposed on the banks. “There are a lot of rules and compliance the banks have to exhibit in order to stay in business, and unfortunately, those aren’t always customer-friendly rules.” Hyken added that banks could go through the process of explaining why regulations force them to interact with clients in certain ways, but he noted it would be very difficult.

This is 24/7 Wall St.’s Customer Service Hall of Shame.