Is There Less to Boeing Order From China Than Meets the Eye? 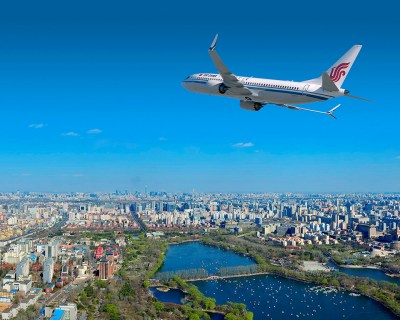 Source: coutesy of Boeing Co.
Late Wednesday afternoon, after markets had closed for the day, Boeing Co. (NYSE: BA) issued a press release announcing a telegraphed order for 300 new planes from the China Aviation Supplies Holding Co. (CASC), the government-controlled corporation responsible for importing and exporting civil aviation products. The total value of the deal has been calculated at $38 billion.

Boeing did not specify whether the 737s are the current versions of the plane or the MAX upgrades that are due for first delivery to customers in 2018, nor did the company offer any clue to the mix of the wide-body orders. The company also did not reveal how many of the orders could be attributed to already announced orders by unidentified customers, nor did Boeing discuss how many are firm orders, how many are options or whether some are simply included on memoranda of understanding.

A spokesman for Boeing offered little additional clarification in response to an email from Leeham News:

Boeing’s stock dropped about 1.8% on Wednesday. Had the company provided specifics of such a large order, that would never have happened. Analysts were expecting Boeing to provide details, and when none were forthcoming, well, there was little new information available late in the day that had not been available since early morning.

The other major announcement during Wednesday’s visit from Chinese President Xi Jinping was related to a new completion center that Boeing will open in China with partner Commercial Aircraft Corporation of China (Comac). Boeing was careful to say that the final assembly plant in China “will not reduce 737 Program employment in Washington State.”

But Boeing’s plans to raise 737 production from a current rate of 42 a month to 47 a month in 2017 and 52 a month in 2018. The company has even suggested that production could rise to 60 or more planes a month. The Renton, Wash., plant could accommodate another production line to meet that number, but if Boeing has a final assembly line in China and decides to increase production further, the company could decide to build a new plant in China, not Washington.

The company’s main union, Local 751 of the International Association of Machinists & Aerospace Workers (IAM), would prefer to see new jobs added in Washington and has complained before that Boeing gets the incentives it wants from the state without agreeing to keep jobs there.

Boeing may be firing another warning shot across the bow of the U.S. Congress, which has failed to renew the charter of the U.S. Export-Import Bank and shows little sign of revisiting that decision. Boeing was the largest beneficiary of the Ex-Im bank’s loan guarantee program, and without that support it is faced with having to provide the loan guarantees on its own or lose business. The company could be saying that it can afford to guarantee loans to foreign customers or build additional capacity in the United States, but that it cannot (and will not) do both.