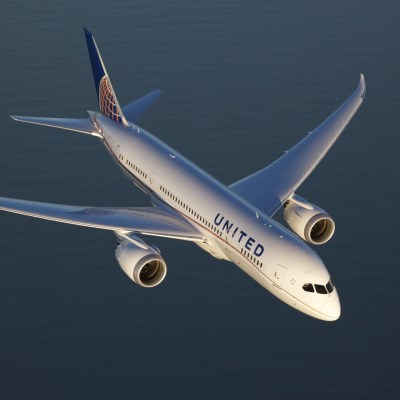 Source: courtesy of United Continental Holdings Inc.
When Boeing Co. (NYSE: BA) reports third-quarter results before markets open Wednesday, analysts are expecting the company to announce earnings per share (EPS) of $2.22 on revenues of $24.69 billion. In the third quarter of 2014, Boeing reported EPS of $2.14 on $23.78 billion in revenue.

Third-quarter commercial aircraft deliveries totaled 199 planes, and for first nine months of the year, Boeing has delivered 580 commercial jets, compared with 528 deliveries through September of 2014.

In 2014 Boeing delivered a total of 723 commercial jets and has estimated that it will deliver between 750 and 755 for the full year in 2015. Last year’s deliveries were the most ever for any aircraft maker, and Boeing seems on pace to break that record again this year.

A weekend story in the Seattle Times questions whether Boeing can ever or will ever post a profit on the 787 Dreamliner. The company has deferred about $28 billion in production costs and lost about $80 million on each of the first 350 or so 787s it will delivered. Boeing has said that it will deliver the first 787 to be sold at a profit instead of a loss by the end of this year.

Boeing has long argued that the most important metric on which to judge the company is its cash flow. The company has projected 2015 fiscal year cash flow of $9 billion, about equal to the 2014 total. In the first half of the year, cash flow totaled $3.69 billion, and that indicates cash flow of about $2.7 billion in each of the two remaining quarters of this year, if Boeing is to meet its projection.

A Deutsche Bank analyst told the Seattle Times that by 2020 the 787 could be responsible for as much as $5 billion in Boeing’s total annual cash flow. So those deferred production costs don’t really matter because the money’s already gone and Boeing’s problem now is to generate enough cash to pay back those costs.

Fortunately for Boeing, the 737 and the 777 have been cash machines. The not-so-good news is that any threat to either of these two programs is a threat to the company’s cash flow. And there are threats around every corner: Airbus will deliver its revamped A320neo well ahead of Boeing’s 737 MAX upgrade, and there is every reason to believe that 777 production will have to be cut from 8.33 a month (100 a year) to no more than six or even five a month before the 777X is ready for customer deliveries.

There is a near-zero chance that the company will miss its EPS or revenue estimate, both of which have risen since the beginning of the third quarter. There is an equally small chance that full-year estimates for sales and earnings will be missed when those are reported in January.

In fact, Boeing could very well raise guidance for deliveries, revenues and earnings on Wednesday. But the company’s quarterly cash flow and new deferred production cost total are about the only two numbers that should mean anything to Boeing investors. Those two numbers will tell you whether you need to worry about the company’s dividend. Chances are very high that you will not.