The company has booked 326 orders for the 777 planes but does not break out the orders by model. The launch customer for the plane is Emirates, the flag carrier for the United Arab Emirates, and the first plane is scheduled to be delivered to the airline in mid-2020. The Middle Eastern carrier replaced Lufthansa as the 777X launch customer when the German carrier asked for more time to consider its options.

Emirates has ordered nearly half the current backlog of the new plane: 35 777-8s and 115 777-9s. The total value of the order at list prices is $76 billion. The airline also has purchase rights for an additional 50 of the airplanes.

The 777X made the news last week when the U.S. Federal Aviation Administration certified the folding wingtips Boeing included in the plane’s design. The 777X carbon-fiber wing is longer than that on most aircraft, which adds to its ability to fly higher, faster and more economically. 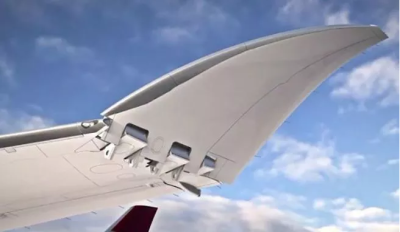 The plane’s full wingspan, however, was too large to fit into the gate space at many airports. The folding wingtips reduce the 777X’s full wingspan from 235 feet to 212 feet. The enormous wingspan of the Airbus A380 forced airports that wanted to accommodate the superjumbo jet to build new or remodel existing gate space. That’s not cheap and there were not a lot of takers.

The folding wingtips on the 777X, while unique on a passenger jet, are not that difficult an engineering problem. Military jets designed for carrier service have long used folding wings.

ALSO READ: Companies With the Best and Worst Reputations
Get Our Free Investment Newsletter