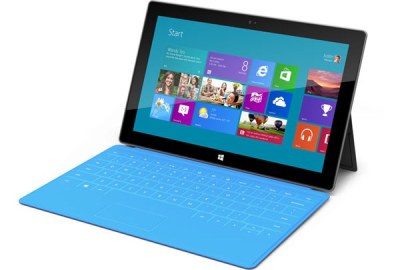 On a GAAP basis, EPS for the third quarter totaled $0.72, which includes a charge of $0.16 per share related to net revenue recognition for certain products. The charges are partially offset by a $0.09 per share benefit related to a fine the company paid in Europe.

The bold bets we made on cloud services are paying off as people increasingly choose Microsoft services including Office 365, Windows Azure, Xbox LIVE, and Skype. While there is still work to do, we are optimistic that the bets we’ve made on Windows devices position us well for the long-term.

Of Microsoft’s $20.49 billion in revenues, $5.7 comes from its Windows operating systems group, a year-over-year boost of 23% for the quarter. The business division’s revenue increased 8% to to $6.32 billion. Adjusting for revenue recognition differences, though, the Windows group posted flat revenues and the business division posted a 5% gain.

The company also announced that its CFO is leaving at the end of the 2013 fiscal year in June. The new CFO will be named from among Microsoft’s “finance leadership team,” according to the press release.

Nothing about Microsoft’s results is likely to move it’s stock out of the narrow trading range it’s been stuck in for about three years now. The dividend yield of 3.2% is what keeps investors tuned in.

Microsoft's $10 Billion Investment in OpenAI: How it Could Impact the AI...