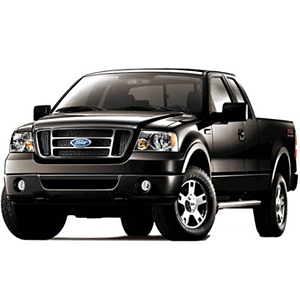 We’ve often noted that energy efficiency is the low-hanging fruit of US efforts to reduce energy consumption, lower polluting emissions, and decrease US dependence on foreign sources of energy. One of the plums on the tree of low-hanging fruit has been a technology known as start-stop.

Today, Ford Motor Co. (NYSE: F) announced that it would make its Auto Start-Stop system available on its North American cars in 2012. The system works by shutting off the car’s engine when a driver steps on the brake, then instantly restarting the engine when the driver releases the brake to step on the accelerator. The car’s electrical devices, like the radio, heater, and air conditioner, continue to run while the engine is shut off.

Ford estimates a minimum gasoline savings of 4%, but says it could go as high as 10% depending on the size of the vehicle and how it is used.
Start-stop technology has been available for a while now on hybrid electric vehicles like the Prius from Toyota Motor Corp. (NYSE: TM) and the Fit from Honda Motor Corp. (NYSE: HMC), as well as some Ford models in Europe. It is relatively inexpensive, costing a few hundred dollars, compared to large lithium-ion battery packs costing many thousands of dollars. Ford did not indicate whether the start-stop system would be standard or optional on its vehicles.

Ford and the other automakers are working toward meeting increased fuel economy ratings of 35.5 miles/gallon by 2016. Start-stop technology offers a significant boost, but some automakers have been reluctant to pursue the system because EPA mileage ratings tests don’t include a lot of start-stop driving and fails to recognize the effectiveness of the technology.

But if the automakers can use start-stop systems to reach their mandated mileage ratings, they’ll find a way to persuade EPA to change the tests to account for the fuel savings.

Start-stop systems are reasonably cheap, they’ve been tested widely in hybrid electric cars and some gasoline and diesel-powered cars, and they don’t require any change in driving habits. Now if the automakers could just come up with another half-dozen or so changes like this, 35.5 miles/gallon won’t seem so hard to reach.