GM May Take Back No.1 Car Company Spot From Toyota Due To US Taxpayers 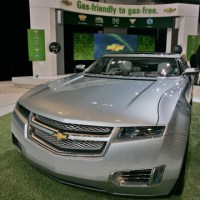 GM (NYSE: GM) may be the No.1 car company in the world this year, after it lost that position to Toyota (NYSE: TM) three years ago. The change of fates has more to do with the Japanese  earthquake and Toyota recalls than anything GM has done. Of course, if GM had not been rescued by US taxpayers it might not be in a position to take any bragging rights at all.

GM is in trouble, and no move into the No.1 position in the global auto manufacturing business will change that fact. GM’s share price is down 10% over the last six months, and the stocks of both Ford (NYSE: F) and Toyota have done better.

GM has outsold every other Western car company that does business in China and that is a great deal of its appeal as a stock.  The automaker’s success in China, however, cannot offset its problems in the US and Europe. Its EU troubles are due to lackluster sales at its Opel and Vauxhaul units.

Ford passed GM in domestic monthly car sales in March, by 212,295 to 206,621. Ford’s light truck sales were strong compared to GM’s. The pick-up and SUV segments are important to both companies. Ford’s perennial powerhouse in the sector–the F-150–is selling particularly well.

China may be GM’s future, but the company cannot thrive when the markets that made it the No.1 car firm for decades are struggling.