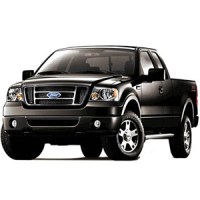 The automobile industry is once again in a period of lowering demand for its vehicles and this may put  two years of  advances in jeopardy.  Last week was a particularly bad week for this industry.

Ford (NYSE: F) revised its estimate for US car sales to below 13 million. Its previous forecast was 13 million to 13.5 million. The warning is ominous because it comes so late in the year which means that early 2012 sales will probably be soft compared to recent expectations.

In Europe, the merger between VW and Porsche, which should have created the second largest car company in the world, began to unravel. The planned transaction may go through, but faces delays until next year. It will also be completed in a way which could destroy the equity value of the smaller company for its public shareholders. VW is also likely to end a joint venture with Suzuki. It was meant to share technology with the Japanese company.

Carl-Peter Forster, the CEO of Tata Motors, based in Mumbai, quit for reasons that were not clear. He has been the head of the company that makes Jaguars and Land Rovers for only two years. He was well-regarded within the industry for his management skill.

Sales in the China market have slowed on a broader basis, but are still in a growth phase. Economic problems in Europe have caused analysts to show little hope for EU prospects. The US is where car and light truck manufacturers have hoped for a big rebound. It is only five years ago that the domestic market produced over 16 million sales annually.

The slowdown, which will likely get much worse in the coming months as the American economy stalls, could set back US car company prospects by eighteen months. That was the time at which they had just begun to recover from a period which included the bankruptcies of GM (NYSE: GM) and Chrysler. The two firms and Ford (NYSE: F) cut their cost bases to be profitable at 12.5 to 13 million auto and light truck domestic sales a year. That assumed that they could keep the market shares they had last year. US manufacturers have been helped by low sales of Japanese imports. The March earthquake shuttered much of the car factory capacity in Japan. That production should return completely by late fall.

The US car market will get even more cutthroat than usual as sales drop and the returns of Toyota (NYSE: TM) and Honda (NYSE: HMC) are complete. GM, Ford, and Chrysler are likely to loss some market share to the Japanese then, as they already have to newer rivals, particularly Hyundai and Kia.

Toyota’s market share was 15.2% for the first eight months of 2010. This year, for the same period, it is 12.7%. The number was closer to 18% before a series of recalls hurt the manufacturer’s sales. The problems at the largest Japanese car company caused Fitch to downgrade Toyota from A+ to A yesterday. But, Toyota still has several cars which are in high demand like the Prius hybrid. Sales of these Toyota products will rise when inventories are back where they were last year. That will take some market share away from US companies. And, Honda is likely to get back some of its share which was 10.6% through the first eight months of 2010 and 9.1% for the same period in 2011.

Another problem domestic car makers have to face is that just as profits have started to slip, the UAW wants higher wages and better profit sharing. That means the profit margins of the original Big Three will fall because of troubled sales paired with greater labor expenses. Ford already said it “continues to expect second half results will be lower than first half.” That statement was made July 26.  Ford’s downward revision of its sales was made only last week.

The stock market has already discounted shares of the large car manufacturers, particularly Ford and GM, to reflect poor prospects. However, it may not have discounted them enough. Ford’s stock is down from its 52-week high of $18.97 to $10. GM’s shares have fallen from their 52-week high of $39.48 to under $22. Many people criticized the US government when it sold the stock it got in GM as part of its bailout of the No.1 car company immediately after the firm’s IPO. That decision now looks brilliant.

It is important to remember where car stock prices were when US sales plummeted in 2008 and early 2009. It is hard to make a case that a new recession will be as deep as the last. Consumers are, however, much more wary about the economy than they were in 2007. Another recession comes at a time when the customers who might buy cars and light trucks are already anxious.

Ford’s shares dropped down close to $1 in late 2008. They will not go that low if the car market contracts sharply again. The market worried about Ford’s balance sheet three years ago, and it does not now. But, after Wall St. convinced itself that Ford’s survival was not at issue, its stock still sold for only $6 to $8. It could go back there if the impression is that 2012 domestic sales will be very week.

The auto industry, particularly manufacturers with a large portion of their sales in the US, is about to go through another recession of its own. It is too early to decide whether the biggest auto firms will start to lose money again, but they will, a the very least, have to struggle to show profits.