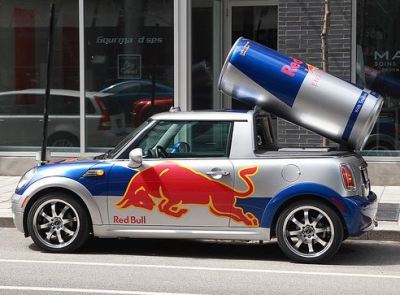 Read: Cars with the Most Safety Complaints

The reports range from unintended acceleration to malfunctioning air bags. 24/7 Wall St. reviewed complaints recorded by the NHTSA since January 2007 to identify the 10 car brands with the most safety complaints relative to the number of vehicles they sell.

Following receipt of a complaint, the NHTSA determines whether a particular vehicle has a real, widespread safety concern. If it does, the agency works with manufacturers to issue recalls. While these recalls can force manufacturers to address safety concerns, they also serve to alert consumers to problems. According to several experts interviewed by 24/7 Wall St., once consumers become aware of a recall, they are much more likely to complain about the model to the NHTSA.

In an interview with Panee Segal, Senior Manager of Data Syndication and Support at Edmunds, she explained that many drivers submit complaints about their car because they discovered a problem through media coverage. Referring to the recalls issued by Toyota in 2010, she said, “the media will uncover a story, say for instance the floor mats and stuck accelerator, and consumers will become aware of the NHTSA being an avenue for consumers to file complaints. Consumers read the story and say ‘Hey, I have that complaint, too. Let me send in a complaint for the government to be aware of.’”

24/7 Wall St. reviewed the car models of the brands that received the most complaints recorded by the NHTSA, based on data provided by online automotive information resource Edmunds.com. In nine out of the 10 cases, well-publicized recalls had been initiated on these vehicles. The Prius — part of Toyota’s unintended acceleration fiasco — was the brand’s most complained about vehicle. Similarly, the Murano, Nissan’s most complained about vehicle, had a 360,000-vehicle recall in 2009 due to air ducts that caused the engine to stall.

The effects of recalls, especially well-publicized ones, can be devastating to brand sales and perceived safety. In the first quarter of 2010, Toyota experienced a steep drop in sales following the company’s massive recall. According to a Consumer Reports annual study on consumer identification of auto brands, Toyota’s safety score fell substantially after the incident.

Shaking an image of inferior quality is hard to do, according to Jeff Bartless, Deputy Editor for Consumer Reports, even when the problem is not related to safety. Brands that are perceived to have general, non-safety-related mechanical problems are also more likely to be considered unsafe, Bartless explained. As a result, these cars receive complaints regardless of recalls. Volkswagen and Jaguar, two of the cars with the most complaints — have been considered unreliable for years.

According to Bartless, while the NHTSA bases recalls on safety risk, the car brands with the most complaints also develop issues that require repair unrelated to safety. “Certainly, the more a car breaks down — it is unreliable, problematic, and expensive — that’s definitely going to shape people’s perception, depending on the nature of the problem,” he said.

Edmunds provided 24/7 Wall St. with a comprehensive list of safety complaints issues to the NHTSA by brand and model between January 1, 2007, and August 31, 2012. Included were the most commonly complained about vehicle for each brand over that period, as well as the most common type of complaint given for each brand and model. 24/7 Wall St. also consulted Consumer Reports 2012 Car Brand Perception Report.

These are the 10 cars with the most safety complaints.