Year of the Recall May Hurt Car Sales 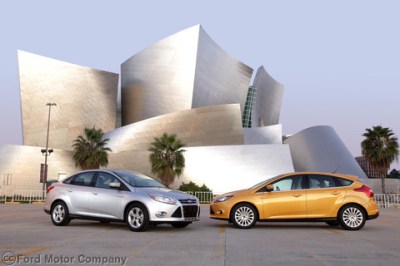 Source: courtesy Ford Motor Co.
Experts say that U.S. car sales are chugging toward 15.5 million for 2013. The level is better than any since the recession began. Car quality could be the one thing, other than the economy, that damages the surge.

Toyota Motor Corp. (NYSE: TM) and Honda Motor Co. Ltd. (NYSE: HMC), which often top auto quality research reports, will, together with less admired Nissan, recall 3.4 million cars. The action is because of trouble with airbags, which are considered by drivers to be one of the most critical components of driver safety. A recall for rusty door hinges is one thing, but for airbags, it is another altogether.

The number of recalls so far in 2013 has been significant and across a very wide number of brands for a large number of sets of reasons. The Dodge Challenger has problems with the wiring under its hood. The Volkswagen Beetle is another vehicle with airbag issues. The Dodge Durango had problems with its seats. Even high-end cars, including the BMW 5 Series and Volvo S60, will go back to dealers for repairs.

One way to look at recalls is that the public will, in general, accept them as a part of the manufacturing process. In that case, they are a nuisance, until a stick accelerator pedal becomes a problem. That was the case in a recall of millions of Toyota vehicles in 2008, which damaged the Japanese company’s prospects in America. One theory about the pedal was that it was cause by floor mats, which probably gave the buying public little comfort. Airbag problems rise to the same level, the one where life and limb are at risk.

J.D. Powers data has continued to show that defects per vehicle usually fall each year. The information is misleading, because a defect can affect an ashtray or cup holder. But buyers take the quality awards seriously; that is, until the reputation conferred by the rating is undercut by admissions of important flaws.

It will not take many more serious safety recalls for the public to think twice about new car purchases, at least those of brands that, in driver’s minds, represent hazards.