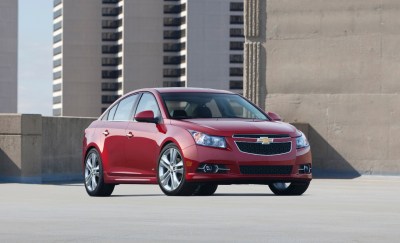 GM said it would take a charge of up to approximately $200 million in the second quarter, most of which is due to recall-related repairs.

According to GM, the following vehicles are affected by the recalls:

The company said it was aware of several hundred complaints related to the brake light failure in older models of the Chevy Malibu, Pontiac G6 and Saturn Aura. There have been 13 crashes related to the issue and two injuries but no fatalities. GM said it issued a safety bulletin on the problem in 2008 and conducted a safety campaign for a “small population” of 2005 model year cars in January of 2009.

There were also “several hundred” complaints related to the 2005 to 2007 model year Corvettes that have been recalled, but no crashes, injuries or fatalities have been reported.

The 2014 Chevy Malibu recall is related to vehicles with the 2.5-liter engine and the company’s start/stop technology. GM is aware of four crashes but no injuries or deaths.

The Cadillac recall is related to the windshield wiper system, which may be inoperable after the car is jump-started with the wipers active. There have been no reported accidents related to this issue.

The truck recall applies to a relative handful of Chevy Silverado and GMC Sierra pickups and Chevy Tahoe SUVs. The tie rods may not be properly tightened, which could allow them to separate from the steering rack and cause a crash. There have been no reports from customers, and the issue was discovered and corrected at the factory after only a few vehicles had been released.