GM Recalls Have Been Good for Sales 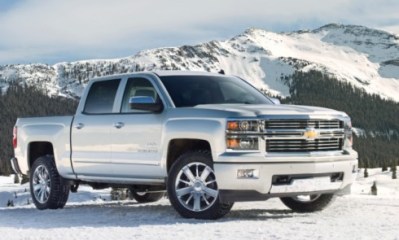 Source: courtesy of General Motors
It is almost counterintuitive: a company recalls more than 28 million vehicles — more than all car companies in the world will sell in either the United States or China in 2014 — and the company sees its sales rise. Most of us would love to have a job where we get a nice raise after we foul-up 28 million times.

From a legal, fiduciary, protecting-the-franchise standpoint in the congressional testimony environment, I thought she was phenomenal. She navigated a minefield in a way that was really, really good.

Barra’s response to the recalls that have so far cost the company $2.5 billion and promise to cost a lot more has been aggressively to focus on auto safety, basically telling customers that GM will no longer tolerate obfuscation and shoddy work when it comes to making and selling cars that are safe to operate. The message has resonated with buyers, who boosted GM sales in June by 1% year-over-year and sent sales 2.5% higher through the first six months of 2014.

July appears to be on track for a similar gain. GM’s July forecast from Edmunds.com calls for sales of 259,000 vehicles, up 10.6% year-over-year. If there is bad news, it is that the company’s U.S. market share will dip about 0.1% year-over-year and 1.1% from June. July sales are down 3.2% month-over-month, but GM will continue to hold the top spot in the U.S. market with a projected 17.7% share.

Toyota Motor Corp. (NYSE: TM) and Chrysler are the main beneficiaries of GM’s market share dip. Toyota will pass Ford Motor Co. (NYSE: F) as the company with the second-largest share of the U.S. market in July, with 14.9% share compared with 14.6% for Ford. Chrysler improved to 11.7% share, up a full point year-over-year, but down 0.4% month-over-month.

Going forward, GM faces stiffer competition from Ford, which will introduce its all-new F-150 Series pickups later this year. GM’s chief financial officer has also suggested that the company’s better-than-expected performance in the first half of the year may lead to a cutback in expectations.

The odd thing, though, is that the massive recalls do not seem to be figuring into the equation. GM’s new SUVs and pickups have been a big hit, and average transaction prices rose sequentially in the second quarter. The company has even cut back on incentives compared with a year ago.

It is really hard to see how Mary Barra and GM could have done much better given the high-profile recalls. GM’s sales and share have slipped a bit, but to date the company has managed to dodge a total wipeout.