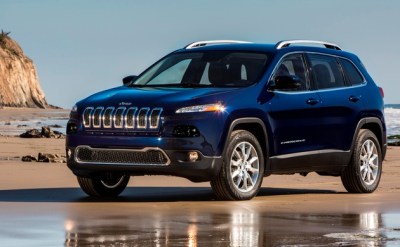 Source: courtesy of Chrysler Group
Chrysler and its brands often rank at the bottom of car quality surveys, which include, among others, industry research leader J.D. Power. This has not affected sales. Chrysler continues to grow a rate that is the envy of the industry. Once again, it lost out. This time it was beaten up in the new American Customer Satisfaction Index (ACSI), as two of Chrysler’s brands, Jeep and Dodge, were near the bottom

The industry did poorly in general in the new study. Among approximately 70,000 people surveyed, it had a grade of only 82 out of a possible 100. Honda Motor Co. Ltd.’s (NYSE: HMC) Acura luxury brand turned in a score of 77. Dodge was at 78 and Jeep at 79. Mercedes was at the top of the list with a grade of 86, followed by Subaru at 85.

July was the 52nd consecutive month in which Chrysler had year-over-year sales gains. Sales for the month rose 20% and were the best July numbers since 2005, reaching 167,667. Ironically, Jeep’s rating in the ACSI has not been reflected at all in sales:

Jeep brand sales were up 41 percent, the brand’s best ever sales in the month of July. The brand’s 41 percent increase was the largest percentage sales gain of any Chrysler Group brand for the month. The Jeep brand has set a sales record in each month this year, including the all-time sales record in May. The Jeep Wrangler, with its 14 percent year-over-year increase, had its best ever sales in the month of July. Sales of the all-new Jeep Cherokee were up 11 percent compared with sales in the previous month of June.

Dodge did not do as well, but sales of several of its vehicles advanced nicely:

Chrysler has also caught Toyota Motor Corp. (NYSE: TM) in terms of total U.S. sales through the first seven months, a position that was unimaginable a few years ago.

The ACSI study and Jeep and Dodge sales show that many consumers ignore car research altogether.