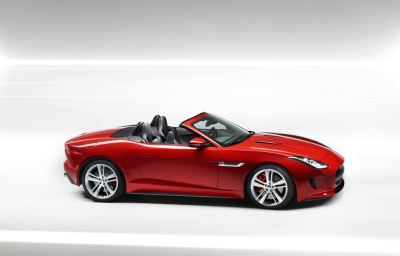 Source: Jaguar Land Rover - Tata Motors Inc.
Audi proved that luxury car buyers would gravitate toward all-wheel drive. The division of Volkswagen found that, very slowly, rivals BMW and Mercedes moved into the field with all-wheel drive versions of many of their vehicles. Now Jaguar, hoping to become more mainstream, has released all-wheel drive cars of its own, joined most recently by a new version of its ultra-high-end F-Type sports coupe.

Jaguar has already made a very modest move into four-wheel drive. Its XF has an all-wheel drive version, but only two of the nine versions of the vehicle have it. At the other end of the spectrum, almost every Audi model has all-wheel drive. This has been the case for decades, as well as at the core of its remarkable growth in America.

Mercedes challenged Audi as it added what its calls 4MATIC options to most of its sedans and coupes. This is part of its effort in the United States to keep a large lead on Audi and compete directly with BMW. Mercedes sold 281,728 vehicles in America over the first 10 months of the year, up 7.5%. BMW’s sales over the same period rose 11.3% to 267,193. Most of BMW’s cars come with an xDrive option, its version of all-week drive. Mercedes and BMW sales have both run well ahead of Audi’s and dwarfed Jaguar’s sales.

Over the course of the January to October period, Audi sales in America rose 14.7% to 146,133. This is a testament to how much the luxury car buyer favors all-wheel drive.

Tata Motors Ltd. (NYSE: TTM), parent of Jaguar and Land Rover, has leagues to run to become even modestly competitive in America. Land Rover models were pioneers in the all-wheel drive market. This has not helped it in moving up from tiny sales in the United States, which were only 146,133 over the first 10 months, though higher by 6.1% from the same period a year ago.

Jaguar’s U.S. sales are barely pathetic, one reason it needs new models and all-wheel drive versions of current ones. Unlike most luxury lines, its sales declined in the January to October period, down 8.1% to 12,837. For the time being, its sales are barely an asterisk among the much bigger luxury market in the United States.

The new XF all-wheel drive model may gain some attention because it is Jaguar’s flagship. However, the brand has much farther to go to stake an even viable position among its competition.