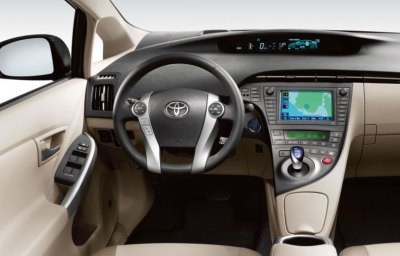 Source: courtesy of Toyota
Americans bought 27,038 hybrid cars in February, barely better than the total sales of Ford Motor Co.’s (NYSE: F) Fusion. Of those sales, 64% were from Toyota Motor Corp. (NYSE: TM), and its Prius was almost all of those. What is generally believed to be the oldest modern hybrid continues to block the success of rivals.

According to Hybrid Cars, the Prius liftback had sales of 7,080, which was 26% of the hybrid market. The second best-selling hybrid was the Prius C at 2,701, sales of which represent 10% of the market. The fifth best-seller was the Toyota Prius V at 1,850, or 7% of hybrid cars sold.

Every major car manufacturer has one or more hybrid models, yet they cannot chip away even a modest portion of a market that is supposed to be hot because of the alternative to gasoline engine powered cars. In reality, the market for hybrids is terrible, and Toyota’s success makes it much worse.

The pitch for hybrids is almost exclusively base on fuel economy. That in turn supports the argument that hybrids are good for the environment. The American buyer has clearly rejected that notion. That rejection has capped the market and made it especially unattractive. Add that to low market share outside of Toyota’s, and it is a wonder that car companies build and sell hybrid cars at all.

Ford is the only manufacturer beyond Toyota that posted even modest hybrid sales, but these were still negligible. It sold 2,416 Fusion Hybrids, which gave it 9% of the hybrid market. Overall, Ford sold 179,673 cars and light trucks last month.

Marketing muscle does not mean a thing as far as hybrid sales go. Among Honda Motor Co. Ltd. (NYSE: HMC), Kia, Buick and Subaru, none had a hybrid model that posted even 1,000 sales in February.

The Prius became available worldwide in 2000. Toyota claims sales of nearly 5 million since then. Whether those sales have been driven by Toyota’s quality or its place as one of the word’s three largest car companies is impossible to tell. However, it is often an advantage to be “first to market.” Toyota can claim that about the Prius.

It seems no company other than Toyota is likely to crack the hybrid sales market, despite brand popularity, advertising budgets, dealer networks and manufacturing prowess, at least not in the foreseeable future.