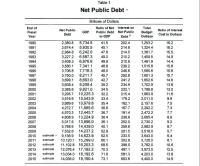 The Congressional Oversight Panel issued a report today which says that the Federal Reserve and Treasury Department did a poor job of rescuing American International Group (NYSE: AIG), which put $160 billion in taxpayer money at risk.

At the heart of the criticism are two theories. The first is that federal officials could have raised private funds instead of making an initial investment of $85 billion. The second is that banks that had financial relationships with AIG should have carried part of the burden of the rescue.

The report ignores the breadth of the credit crisis in September 2008 when the government stepped in to rescue AIG and the extent to which its trading partners where in no position to take cents on a dollar for obligations from the huge insurance company. The liquidity and credit situations of American banks and financial houses were so bad that the TARP was passed quickly, and its funds became available for distribution on October 3, 2008.  At that point, the panic had caused shares in Morgan Stanley (NYSE: MS) to sell under $10, down from $42 in August.  Citigroup (NYSE: C) shares traded below $4 ,down from $22.

The Panel suggests that:

“The government argues that AIG’s failure would have resulted in chaos, so that a wholesale rescue was the only viable choice. The Panel rejects this all-or-nothing reasoning. The government had additional options at its disposal leading into the crisis, although those options narrowed sharply in the final hours before it committed $85 billion in taxpayer dollars.”

The notion that there was other capital available from either sovereign funds or institutional investors is false. The only Wall St. company that drew outside capital was Goldman Sachs, which received $5 billion from Warren Buffett. Goldman’s balance sheet was the strongest in the industry.

The Panel also writes that:

In the ordinary course of business, the costs of AIG‟s inability to meet its derivative obligations would have been borne entirely by AIG‟s shareholders and creditors under the well-established rules of bankruptcy. But rather than sharing the pain among AIG‟s creditors – an outcome that would have maintained the market discipline associated with credit risks – the government instead shifted those costs in full onto taxpayers out of a belief that demanding sacrifice from creditors would have destabilized the markets. The result was that the government backed up the entire derivatives market, as if these trades deserved the same taxpayer backstop as savings deposits and checking accounts.”

But, the collapse of the global derivatives market could have taken under a number of US and foreign banks, which had already lost most of the value of these instruments held on their balance sheets. Derivatives would have gone from being untradable to entirely valueless. Bank-to-bank credit and liquidity needed to fund the daily operations of the global capital markets would have disappeared.

The US taxpayer put a total of $185 billion into AIG. He will get some of that back and has already received small payments. But, like Fannie Mae (NYSE: FNM) and Freddie Mac (FRE), AIG was one of the companies at the foundation of the US financial system. The Fed and Treasury were in no position to let it go under.