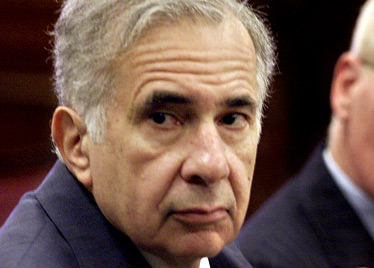 Lawson Software, Inc. (NASDAQ: LWSN) has bucked the market today and shares have risen after news of its $1.8 billion buyout offer on Friday.  It was an offer from software company Infor and from private equity firm Golden Gate Capital for $11.25 per share that has shares higher.  The stock has been trading at a premium all day, and a new filing from Carl Icahn supports a higher price.

It was just last week that the company said it was exploring a sale.  A Carl Icahn 13D filing at the SEC today shows that Carl Icahn and affiliates have 10.91% of the outstanding shares with a position of 17,848,645 shares.

We took a look at the “Purpose of Transaction” and here is what Carl Icahn’s filing indicated:  Icahn and affiliates had a conversation with Lawson’s CEO Harry Debes “regarding the strategic process” and the Icahn affiliates are “supportive of this process and believe that the Issuer should be sold at the highest price obtained from this process.”

Another disclosure is that Icahn and friends may acquire additional stock and other instruments in Lawson (equity, debt, notes, instruments or other securities.  Icahn also reserves the right to dispose of any or all of the securities in the open market or via negotiated transactions at any time and they can hedge or take other actions regarding these securities.

Carl Icahn generally shows transactions at the end of each quarter but the new 13D shows that shares were bought back in January in four different entities with Lawson share prices ranging from $9.10 to $9.18.

Thomson Reuters has estimates (non-GAAP) of $0.50 EPS for 2011 and $0.60 EPS for 2012.  The buyout price is already 22-times this year’s non-GAAP earnings estimates and the stock’s premium today has the shares at more than 20-times next year’s estimates.

Shares are up today by almost 6% at $12.24, almost $1.00 above the current interest on the table.  Icahn wants more but how much more (if any) will be offered remains a mystery.