The Arguments Begin to Form for QE3 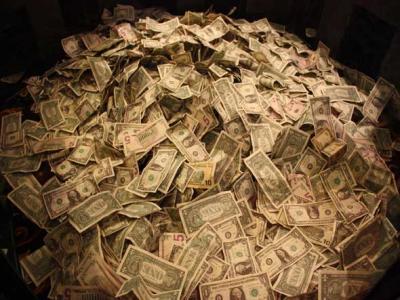 The bank and financial bailouts followed by the subsequent $1.5 tillion (or $2.2 trillion) spent and the actions after a zero-rate environment were quantitative easing enough and became called “QE2” on Wall Street and Main Street.  The Treasury has already bought up excess Treasury paper, mortgage paper, and agency debt.  The Treasury’s balance sheet has already grown massively.  The overall impact and benefit of QE2 remains arguable today as far as QE2.  Arguably, QE2 made the United States as bad as or even worse than China as far as currency manipulation.  The recovery is barely two years old and nominal GDP has enjoyed seven straight quarters of positive readings (five quarters if you use the component).

Now the economic data is softening all over again. In many cases, what had been slower growth is actually starting to come in as negative rather than stagnant growth.  GDP growth is anemic.  The official unemployment rate ticked back up to 9%.  Now the new economic data coming in after Japan’s quake and tsunami that is at the same time as China and India are putting on the growth brakes is looking worse than just anemic growth ahead.  Maybe you can blame some of it on high gas prices, maybe some is from Asia, and maybe it is just that the underlying base economy has never really caught back up.  The data is now close enough to no growth or stagflation growth at the same time that the U.S. is arguing about the debt ceiling as we are just maxxed-out on government spending.

If the economic data gets a tad weaker ahead in the coming weeks, don’t be shocked when you start to hear more calls for a new round of quantitative easing measures.  The FOMC has effectively spoken against it and is trying to get to where it can eventually start to raise interest rates again.  Our own message is simple: “Please, God! No Damned QE3! Enough is enough!” Still, the arguments for more easing measures may become more vocal.  The “new normal” has not been pretty for Main Street America.  India and China slowing their growth to fight inflation hit at the same time as Japan’s quake-tsunami and subsequent nuclear meltdown.

Maybe Wall Street got record bonuses again due to a major stock market gains.  Maybe mega-high premium valuation IPOs are coming back in vogue again.  Main Street America is not there yet.  The arguments for QE3 are far less vocal than the arguments for QE2.  At least they are for now.  At the last FOMC meeting Ben Bernanke said we are still light by over 7 million jobs compared to before the recession.

We do not really need a new round of quantitative easing.  A derivation of “the new normal” is something that we just all need to expect.  It will require some increased revenue for Uncle Sam that comes from somewhere (that would be you and me) alongside with large austerity measures from Uncle Sam.  Government austerity means lower government spending at the corporate level, which translates to either less jobs or less certain jobs, and that translates to lower consumer optimism and spending.  What the current situation sounds like is a Catch-22.  One of the weakest areas in the GDP figures was government spending.

If you search news on “QE3” there is still not exactly a vast number of stories, but they are starting to become more frequent.  Our hope is that this is more “MEDIA DRIVEN.”  Don’t ever put it past anyone to do what they need to do to sell more newspapers, commercials, and the like.  Still, it is easy to see why this argument is beginning to creep up even at the same time as the government is fighting over the debt ceiling even if we can argue against it.

Here is what has happened to get here (estimates from Bloomberg)…

The first quarter GDP revision was flat at 1.8% when consensus data was looking for 2.1%.  Even with the price index component the reading was a mere 1.9%.  Not exactly the greatest growth.  Another hit came from weekly jobless claims this Thursday, which rose by 10,000 to 424,000 when the jobless claims were expected to fall to 405,000.

The report on Durable Goods for April came in earlier this week at -3.6%, worse than the consensus reading of -3.0%.  Durable goods are often well off compared to estimates on any given month due to volatility of each month.  This was already a weak expectation that went even worse.

Housing remains awful and any recent gains are simply because the previous readings were at such drastic lows.

The Chicago Fed National Activity Index for April came in at -0.45 this week.  That is the lowest reading since last August and was partly attributed to Japanese shortages in the Auto sector.  A few days before this report came very disappointing data from the Empire State report in New York and from the Philly Fed report.

Also from last week’s Conference Board’s index of leading indicators came a disappointing reading of -0.3% in April against flat 0.0% expectations.  This came after what had been a gain of 0.7% in March.  Leading Economic Indicators are not quite as “leading” as investors might guess.  Still, a disappointment.

Also from last week was a disappointing report from the FOMC Minutes that was from the April 26 to 27 policy meeting.  This did show a bit of an economic downgrade in the Fed’s expectations for the rest of 2011.  The good news is that even though there was an economic downgrade, the FOMC did start discussions about how it would gradually unravel its second round of quantitative easing measures that Wall Street calls QE2.

The last thing that has been impossible to ignore is that U.S. Treasury yields have come down significantly over recent weeks and the stock market has been faltering after three weeks in a row of selling.  Here are some of this week’s current articles based upon “QE3”:

Again, our hope is that the argument for QE3 just stays an argument.  The FOMC has already said it plans to end its asset purchases and may just ‘reinvest’ certain proceeds.  Ultimately, the FOMC will not be in there at all buying securities.  When that will be is anyone’s guess.