Against The Grain: Germany Should Just Exit The Euro 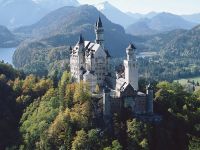 Here is a fresh take on the Eurozone and the Euro for you.  With all of the talk about the PIIGS and the Euro, the angle always seems to be rather Greece, Spain, Portugal and Italy can ultimately remain in the Euro.  What about another take out there on this matter entirely?  What if Germany just preemptively throws in the towel and exits the Euro? That is what a TrimTabs report is suggesting as Germany’s best solution right now.

A German exit would create massive financial turmoil.  Even after the latest election results, it seems almost impossible that Germany’s leadership would embrace an exit of the Euro today.  Still, that is today’s stance. TrimTabs calls this move as “the only practical solution to the debt crisis in Europe is a breakup of the Eurozone.”  The warning is rather dire: “Germany needs to salvage what it can financially and leave the Eurozone as soon as possible.”

TrimTabs suggests that there are no good solutions to the Eurozone debt crisis as debt is reaching such a high figure.  The report even says “the market pressure is so intense that it’s now a matter of choosing the best of bad options.”  The move would allow Germany to establish its own strong currency and salvage what it can financially.  The warning admits that Germany would suffer big losses on its euro-denominated holdings but ultimately it will be dragged down with Eruozone partners if it does not exit and that the global economy will end up being much worse off.

TrimTabs even refers to the Eurozone efforts as fatal structural flaws and the report calls other widely advocated solutions unrealistic regarding more bailouts and more currency printing.  And here is the real crux of the argument over the effort and the timing: “They’d require changes to treaties and constitutions that would take months if not years, even if politicians could agree on them immediately.  The markets won’t wait that long.”

What TrimTabs is proposing here is a twofold argument: it is unique, and the stable market theorists would call this financial heresy.  The argument is even harder to consider when so many investors think of the Euro as just a watered-down Deutsche Mark.

Again, the talk is almost always regarding whether or not Greece, Spain, Portugal, and Italy can ultimately stay in the Euro.  This is a 180-degree thought.  If Germany just pulled the ripcord now there would be a massive shakeout in the markets.  But what if that is the best solution?

Scary on the surface… but food for thought.