Very Little For Germany In A United Europe 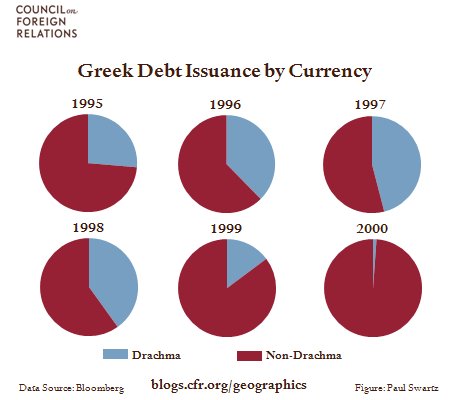 The head of the IMF, Dominique Strauss-Kahn, has encouraged European nations to join forces more closely by aligning their economies more tightly to combat future disasters like the Greek debt crisis.

The steps in the direction he has suggested include a more powerful central bank and an easing of any restrictions against cross-border financial transactions.

It is easy to see the potential benefit of the notion for Spain and Portugal, who face debt and liquidity issues of their own. A powerful central bank would function much as the Fed does and would be able to inject money into troubled capital markets. Such a bank might even be able to buy troubled sovereign debt without the agreement of Eurozone nations. It is hard to see the benefit of the proposed system for Germany, and probably France.

It is still not a foregone conclusion that Germany will remain in the Eurozone alliance. There are many risks if the value of the euro collapses, but the German balance sheet would almost certainly buoy the value of the Deutsche mark if the nation wanted to return to that as its national monetary proxy. Such a move would probably increase the bets against the balance of the nations in the Eurozone with the possible exception of France. That in turn could increase the borrowing costs of Spain, Portugal, and even Greece, which has been bailed out.  Some economists believe that the bailout will last less less than a year, particularly if social unrest in the country destroys GDP recovery.

Germany’s exit from the alliance could cause serial defaults of national debt among weak nations in the region.

Germany is still faced with the problems which recently weakened Chancellor Angela Merkel’s ruling party. German opinion remains strongly against the nation putting up more bailout capital and its involvement in the Eurozone at all.

The IMF suggestion makes economic sense. A central bank could rapidly react to financial trouble within the region. An easier flow of capital among the nations is the alliance might also encourage financial stability. But these programs only work if they are done on the powerful back of Germany’s economy, and its seems that the nation is unwilling to countenance that.