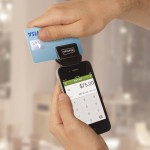 Groupon Inc. (NASDAQ: GRPN) is getting into the business of mobile payments for small merchants. The move is to compete with Square, which just received a valuation of more than $3 billion, and other mobile payment processing firms. The launch is called GrouponPayments for the iPhone and iPod Touch.

The aim is to compete on price and in size. Groupon will charge $0.15 per successful swipe. It will also charge 1.8% for Visa and Mastercard and 3% for American Express. Any merchant that runs a deal with Groupon in the United States can now accept payments at the lowest rates available. Merchants also can use the app to scan and redeem Groupons and monitor additional spent over the value of the Groupon.

The firm said that merchants also will have their credit card deposits in their bank accounts overnight.