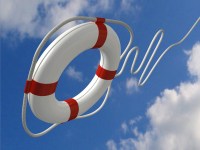 Life Partners Holdings Inc. (NASDAQ: LPHI) announced today that it had prevailed in a lawsuit brought by the Texas Attorney General claiming that the company’s life settlement (viatical) transactions were securities and seeking a temporary restraining order against further sales. The ruling, which may be appealed, has sent the company’s stock soaring.

Life Partners, which has been in business for two decades, buys life insurance policies which are then resold to investors. The price paid to the policyholder is less than the face value of the policy itself and depends on both the policyholder’s life expectancy and expected policy premiums remaining to be paid. Life expectancies for viatical settlements are nmost often 24 months or less.

As life expectancies have gotten longer, better treatments have become available for HIV, AIDS, and cancer, and the industry has gotten some trend data, payoffs to policyholders have fallen and investor has lagged. It’s also pretty easy to see how an unscrupulous company could defraud both policyholders and investors.

Life Partners said in its announcement of the decision:

The Attorney General has issued inflammatory press releases and used this suit as a vehicle to make baseless claims of fraud, insolvency and a lack of regulation. None of that is true.