The Bullish and Bearish Case for Goldman Sachs in 2015 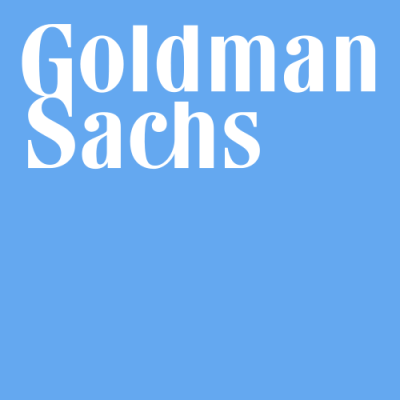 Source: Wikimedia Commons
With the bull market nearing six years old, it turned out that the Dow Jones Industrial Average (DJIA) rose by 7.5% and the S&P 500 Index rose by 11.4% in 2014. Those index gains were not inclusive of dividends, but Goldman Sachs Group Inc. (NYSE: GS) closed out at the end of 2014 at $193.83, for a gain of 10.8%, including its dividend adjustments. 24/7 Wall St. has run a bullish and bearish analysis on Goldman Sachs, and each of the DJIA components, to see what lies ahead for 2015.

With its nickname of “Golden Slacks” prevalent even today, many investors watch this relative newcomer for a barometer of financials and banks. After all, Goldman Sachs is regulated as a bank holding company since the Great Recession, yet it has no formal bank operations.

One key consideration for the year ahead is that Goldman Sachs is deemed the best at trading and one of the best in investment banking and client services. It also has one of the highest earnings bases for its financial professionals, and it caters only to very wealthy clients and institutional clients. So why is its dividend so low? We called for Goldman Sachs to raise its dividend, and while it did so, it was a dividend hike only to $0.60 per quarter from $0.55 per quarter.

Goldman Sachs is a firm that has vast reserves. It had a market cap of $88 billion at the end of 2014, but the most recent balance sheet showed net tangible assets of more than $82 billion. Its total assets were even listed as $869 billion.

ALSO READ: The Bullish and Bearish Case for Nike in 2015

The first trading days of 2015 brought selling pressure on the stock. There are some fears that Goldman Sachs is more exposed to energy companies and the energy trade than other firms, but that may or may not be the case in reality.

What seems to occur time after time is that Goldman Sachs is generally able to pull a rabbit from a hat. If it had losses in one area, there was a boom in another area. And the delay in certain aspects of the Volcker Rule kicking in gives firms like Goldman Sachs more time to exit riskier operations — while perhaps even lobbying regulators and lawmakers to keep them.

Goldman Sachs has a deep discount to the broader market because it is a financial stock. Still, it trades at less than 11 times current and projected earnings. That new $2.40 annualized dividend compares to earnings per share estimates north of $17.00 for 2014 and 2015. The firm is also doing what it can to keep a lid on compensation costs. At some point, Goldman Sachs needs to have a premium on its dividend, and a payout ratio of about 15% for its common stock just feels too low in a world where investors want dividends.

With a dividend-adjusted performance of 10.8% in 2014, Goldman Sachs total expected downside with the dividend included is expected to be nearly 2%. When we ran the bullish and bearish case for Goldman Sachs for 2014, the analyst pool was expecting a loss of about -4% for 2014. They missed the boat then, and investors may wonder if they are missing the boat now even if the stock has doubled since April of 2012.

ALSO READ: The Bullish and Bearish Case for AT&T in 2015

It seems obvious that 2015 will need to be a good year for financial stocks for Goldman Sachs to do much better. That being said, the firm is still the best in show in many key aspects of its business lines, and the firm is known for surprising to the upside.

Goldman’s own 2015 global economic outlook expects that global growth is poised to accelerate. The firm’s own Jan Hatzius also laid out the case for above-trend U.S. growth of about 3% in gross domestic product and a shift in Federal Reserve policy in 2015. He also believes that the economy is far short of full employment. Maybe that will translate into another positive surprise in 2015.