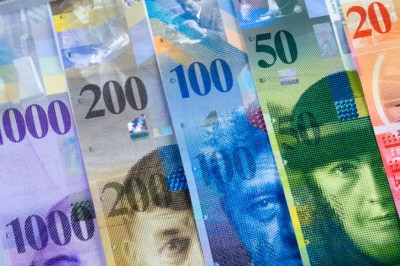 Source: Thinkstock
The movement in the Swiss franc caused much carnage in European markets on Thursday, as well as the many international brokers and lenders that were affected, depending on their level of exposure to the currency. Interactive Brokers Group Inc. (NASDAQ: IBKR) has now admitted that it was one of the losers on this unexpected development.

For background, the Swiss central bank removed the cap of the Swiss franc against the euro on Thursday. As a result there was nearly a 10% sell-off in the Swiss market almost immediately. After the peg of 1.20 was removed, the Swiss franc went from 1.20 with the euro to almost parity on the news.

24/7 Wall St has previously outlined that FXCM was a huge loser on the move by the Swiss central bank. This was the direct result of an overexposure to the Swiss franc. Because the company incurred these debt balances, it may be in breach of some regulatory capital requirements. The losses and generated negative equity balance owed to FXCM is roughly $225 million

Lucky for Interactive Brokers, it was not as exposed to the Swiss franc as FXCM. The losses several of its customers suffered were in the excess of their deposits, and the debits amount to roughly $120 million. The company noted that this was less than 2.5% of the company’s net worth.

Interactive Brokers has more than $5 billion in equity capital and it holds no material position in over-the-counter securities or derivatives. The company holds no CDOs, MBS or CDS. The gross amount of its portfolio of debt securities, with the exception of U.S. government securities, is less than 10% of its equity capital.

The brokerage firm describes its ties to the Swiss market in its most recent annual report:

Our European operations and some of our Asian operations are conducted by our Swiss subsidiary, THE. THE is regulated by the Swiss Financial Market Supervisory Authority as a securities dealer and its financial statements are presented in Swiss francs. Accordingly, THE is exposed to certain foreign exchange risks

The annual report is now full of what is old data, but it did say at the end of December 2013 that the Swiss franc made up 3.1% of its foreign currency exposure with a net equity of $159.4 million. It is old data, but it shows at least some consistency and a limit of exposure that was discussed in the most recent drop.

ALSO READ: What the Franc’s Volatility Means for FXCM