4 Banks That Should Be Raising Dividend Payouts Soon 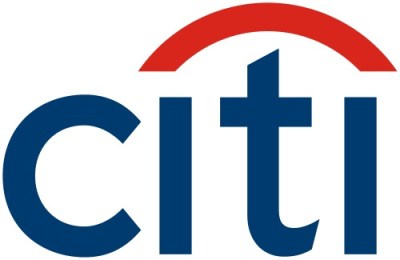 Source: Wikimedia Commons
With the market closely watching the results of the Federal Reserve Dodd-Frank Act Stress Testing, or DFAST bank stress tests, and some handicapping that certain banks would be having problems, all 31 of those tested ended passing, some with flying colors. All the banks’ stressed capital ratios exceeded the DFAST stress test minimums; this was with the Federal Reserve’s inputs, but no capital return. The real question is what does this mean for shareholders?

In a new research report from the banking team at Jefferies, they think the data bode much better for certain banks, and they also think that four banks shareholders’ have the potential to see the biggest increases in dividends paid to them. The increase could still leave the actual yields at lower levels than other banks, as each of the banks the analysts see with the biggest increases close the payout gap with peers from lower starting points.

After getting hit hard after missing earnings estimates, Citigroup may be perfect large cap stock to buy for a rebound. Many on Wall Street were thinking there was a reasonably good chance that the bank would not pass the DFAST tests last week. While the stock has bounced sharply off the lows printed in early February, it still looks like a compelling buy here, especially with a dividend increase in the mix.

The Jefferies team also thinks the stock will be a leader in buyback payouts to shareholders as well. Combined with the bank’s strong domestic and international business, and a better overall economy, plus the headline risk removed, shares purchases look wise here.

Citigroup shareholders are paid that miniscule 0.1% dividend for now. The Jefferies team thinks the dividend is increased to $0.07 per quarter from $0.01 now.

Jefferies has the stock rated as a Hold with a $56 price target. The Thomson/First Call consensus price target is $61.33. Shares closed Monday at $52.95.

One of the nation’s oldest and largest financial institutions, Citizens has $131.3 billion in assets and offers a broad range of retail and commercial banking products and services to individuals, small businesses, middle-market companies, large corporations and institutions. With 3,200 ATMs and approximately 1,200 Citizens Bank and Charter One branches in 11 states in the New England, Mid-Atlantic and Midwest regions, the company is a dominant player in those sections of the United States.

Citizens Financial shareholders are currently paid a 1.57% dividend. The Jefferies team thinks it will hold the payout ratio at 30% and increase share buybacks.

Jefferies has the stock also rated at Hold, with a $26 price objective. The consensus price target is $26.47. The stock closed Monday at $25.23 a share.

Though this one is a name that almost every Wall Street firm likes, its shares have traded sideways to down since last summer. One positive area for the bank has been that the growth in loans came primarily from business lending, which was led by its commercial and industrial segments. Regions also has experienced especially strong growth in auto lending, which was driven by an expanded dealer network and more accepted loans per dealer.

The Jefferies analysts have pointed in the past to awful sentiment toward the stock due to bad communication from senior management. Trading at 10.6 times 2016 estimated earnings, it may be another solid value play.

Regions Financial investors are paid a 2.05% dividend. The analysts think the bank will ask for a higher payout ratio in the mid-70% range.

The Jefferies price target for stock which is rated Buy, is set at $10. The consensus target is at $10.39. Regions shares closed Monday at $9.76.

SunTrust Banks had warned earlier this quarter that fourth-quarter financial results would include a $145 million provision for legal expenses related to “legacy mortgage matters.” With total assets of $186.8 billion and total deposits of $136.5 billion, and a growing super-regional brokerage firm, Sun Trust has become a major player throughout the high-growth Southeast and Mid-Atlantic states.

SunTrust investors are paid a 1.9% dividend and Jefferies analysts are modeling a payout ratio around 70% for the bank.

The banks all passing the test was a surprise on Wall Street, and it is good news for investors and shareholders. The big banks are being closely watched, and hopefully that scrutiny will help prevent the kind of leverage and mistakes that have shaken the system in the past.