Which Stocks Will Take the Brunt of the Next Big Hit to the Dow? 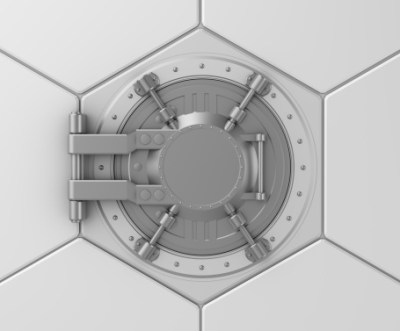 Source: thinkstock.com
Could the Dow take a big hit in the next few months? Absolutely. Three factors are coming to a head all at the same time now, starting back in mid April and continuing through September/October. Those factors are money supply stagnancy, a very possible September rate hike and an equally possible Greek default and exit from the eurozone around the same time.

Each of these on its own could rock the boat, but all three at the same time, if they occur, could have a particularly negative effect on two specific Dow stocks: JPMorgan Chase & Co. (NYSE: JPM) and Goldman Sachs Group Inc. (NYSE: GS).

Aside from the fact that these two stocks are right at their all time highs — obviously so, since the Dow as whole is right near its all time highs as well — financials in particular like Goldman and JPMorgan are especially susceptible to the factors at play through September.

Stagnancy in money supply growth generally begins in mid-April and can last until anywhere from June to October, or even November. The longer the money supply remains stagnant, the higher the chances of stocks getting hit, especially bank stocks, which are right at the mouth of the Federal Reserve money spigot. Money supply has less to do with quantum easing (QE)  directly and more to do with how many loans are being made with QE money. Most of QE is stored as excess reserves outside the banking system, about $2.5 trillion of it, in fact. Actual money supply available for use, say buying stocks for example, is categorized as M2, or the amount of currency in circulation plus vault cash, demand, savings and time deposits at all Fed member banks in the country.

If you look at the latest Money Stock Measures report released last week by the Fed and look at Table 2, last column, for the non-seasonally adjusted one-week M2 average, you will notice it has not moved for a whole quarter. Not surprisingly, stocks are struggling a bit. When there’s not enough new money, stock prices cannot trend higher. That, and $250 billion, was wiped out from April 6 to April 27. For some reason this big drop tends to happen around mid-April every year. If growth recovers by June or July, the risk of a major stock market decline is usually averted. In 2008, for example, the April 14 M2 peak of $7.79 trillion was not substantially surpassed until November, meaning there was no new money in the system for more than six months. We all know what happened then, especially to Goldman Sachs shares, which fell at a rate twice as fast as the wider Dow. JPMorgan was a little better off, but still outpaced the Dow fall rate by 44%, counting from the mid-April 2008 M2 peak.

There is still time for money supply growth to recover. A decent rule of thumb is that if by September it starts growing again, stocks will be safe, or at least safer. But that’s the trouble. If it doesn’t start growing again by September, and there is an additional rate hike in September by the Fed, this could be a one-two punch that could bring down the financials even harder.

To top it all off, no one knows what is going on with Greece anymore. The story is changing every day now, instead of every week, as the Greek government is acting more and more like a cornered animal, driving its creditors crazy, with the International Monetary Fund even pulling out of talks Thursday. While there is little direct connection between Greece and Goldman Sachs or JPMorgan, an August/September default can only exacerbate an already delicate monetary and interest rate situation.

In the end, money supply growth may recover by September, the Fed may not raise rates then and Greece may yet clinch some kind of last-minute deal, and the Dow will keep floating higher. Nevertheless, these are the three key things to watch for that could bring the Dow — Goldman and JPMorgan in particular — down by September.