How Citizens Financial Group Looks So Cheap Against Banking Peers 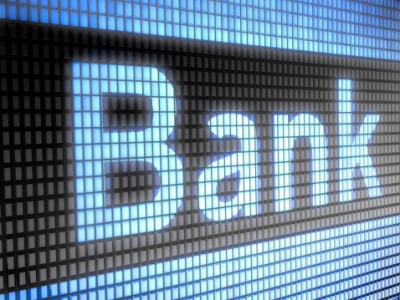 Source: Thinkstock
Citizens Financial Group Inc. (NYSE: CFG) has just received a major endorsement for its investor story. Bank of America Merrill Lynch started the Rhode Island-based bank with a Buy rating, and it had shares up only 1% or so on Monday. What really stood out here is that the firm’s $32.00 price objective is just $1.00 shy of the highest analyst price target.

Monday’s upgrade was based on a dual catalyst story, and at a discount. Merrill Lynch’s Erika Najarian and team called it a compelling story at only about one times the tangible book value. It is viewed as a turnaround story still emerging as an independent company, though the Royal Bank of Scotland Group PLC (NYSE: RBS) still owns about 21% of it. The bank is said to be improving its natural return on tangible common equity, and it is believed to have above-peer earnings per share upside to rising interest rates.

As of December 31, 2014, Citizens operated 1,200 branches in 11 states in the New England, Mid-Atlantic and Midwest regions. The company also had about 100 retail and commercial non-branch offices in 11 other states outside its branch footprint. The reason for the ties to RBS is that it was formerly known as RBS Citizens Financial Group. The company changed its name to Citizens Financial Group in back in April 2014.

If Citizens can continue to execute on its efficiency efforts and the Fed raises short-term interest rates in the second half of 2015, we believe earnings per share torque can be particularly strong. Importantly, we do not believe this is priced into shares.

Another positive is that Citizens has an attractive valuation compared to its large-cap regional peers. It is also valued at about 12.7 times earnings, but the firm expects 30% year-over-year earnings per share growth in 2016.

Still, Najarian and her team do not anticipate that Citizens will be able to post a 10% return on tangible common equity during the Merrill Lynch forecast period. A normalizing of interest rates is expected to increase the numerator in the price-to-earnings scenario, with 60% variable rate loans repricing mostly off the short end of the curve as soon as rates begin to rise.

Above-average loan growth here is coming from the bank’s student and auto portfolios, as well as from its momentum in commercial banking and an accelerating capital return plan.

Merrill Lynch further said that it thinks Citizens could outperform even before actual Federal Reserve rate hike action, and even before the bank’s margin begins to benefit.