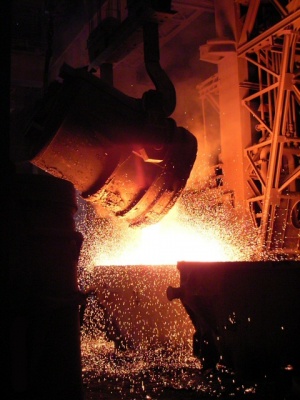 Some of the largest steelmakers in the world have been hoping to see a fall in the price of iron ore, but such a decline does not appear to be on the horizon. A combination of a new pricing scheme, heavy flooding in some Australian mines, and a ban on shipments from India continues to drive up the cost of iron ore, even as ore miners produce record quantities.

So far steelmakers have swallowed the higher iron ore prices, but that is about to change. Korean steelmaker POSCO (NYSE: PKX) has said that its prices for iron ore have risen 8% in the fourth quarter of 2010, compared with the same period a year ago. And the company expects further rises in the costs of both iron ore and metallurgical, or coking, coal, which together account for about 75% of the cost of making steel.

This rapidly growing production is apparently not affected by production costs. In its 2010 annual report, BHP did not mention rising production costs as any sort of factor in its earnings. Pre-tax earnings from iron ore production totaled $6 billion on total sales of $11 billion in 2010. The impact on costs came from currency fluctuations, inflationary pressure, and added spending on ramping up new production in Western Australia.

A back-of-the-envelope calculation indicates that 125 million metric tons of ore cost BHP about $5 billion to produce. That’s just $40/metric ton. Costs will rise of course as production increases, but per ton costs are not likely to contribute much to an overall increase in costs.

Profits from iron ore mining should only rise through at least the first half of the year. BHP now sells most of its production on a spot price basis, having decided that even quarterly pricing was causing the company to leave money on the table. Before last year, most iron ore was sold on an annual contract with a steelmaker. The new pricing mechanism, unsuccessfully fought by the steelmakers, puts all the power in the hands of the miners. Even Chinese steelmakers were forced to cave-in to the new pricing scheme.

From a spot price today of about $186/metric ton, iron ore is expected to rise quickly to $200/ton in Asia, mostly on demand from Chinese buyers. North American and Korean buyers might see some relief because demand in these areas is not as strong as in China.