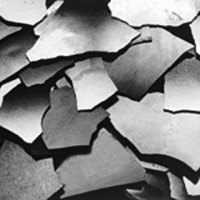 Copper prices have been on a steady upward march for about two weeks now, from around $4.06/pound to close at around $4.43/pound yesterday. China, the world’s top consumer of copper, gets credit for the rise as analysts believe the country is re-stocking its dwindling inventory. But copper prices took a dive today following the poor US report on non-farm payrolls. There is general agreement, though, that copper prices will continue their upward march even though an occasional event may cause the red metal to stumble a little.

Both Goldman Sachs and Morgan Stanley analysts are forecasting a strong second half of 2011 for copper. The evidence does not really back them up. The S&P GSCI index of 24 commodities lost 7.8% in the second quarter, its worst performance since 2008. The earthquake in Japan and the tightening of Chinese monetary policy were likely the biggest factor in the downturn. Assets under management in commodities dropped by $26 billion in May.

In the face of this evidence, the Goldman analyst suggests that the S&P GSCI Enhanced Index will return 20% over the next 12 months. Volatility in the near-term will result from China’s efforts to deal with inflation and the sovereign debt problems in Europe.

Goldman expects the price of copper to rise from around $9,740/metric ton currently to $11,000/metric ton in the next twelve months, a rise of nearly 13%. Contributing to that rise will be higher demand from China and some production problems in Chile.

Analysts believe that after raising interest rates three times since the beginning of the year the country will give the policy changes a chance to work. China’s continuing efforts to battle inflation have had a dampening effect on the country’s economy and the government does not want to reduce domestic spending or slow export growth too much. Re-stocking Chinese inventories will help prop up the price of copper.

Copper also faces some unusual supply disruptions. Unusually severe winter weather has forced the closure of Chile’s largest copper mine for at least one day. Another day’s closure is also possible, and other mines are also operating at less than full capacity. Labor issues in Indonesia and Chile are also keeping supplies in check. Peru, home to Buenaventura, is considering increasing royalties and taxes on mining companies and that could have considerable impact on exploration and investment in the world’s second largest producer of copper.

Today’s very poor report on US non-farm payrolls has weighed on many commodities, including copper. Continuing weakness in the US economy is not a good sign for overall global growth, and whenever bad numbers like these appear, copper prices will react. The same is true of news from China related to its efforts to fight inflation and continue its economic growth.

Over the next twelve months, forecasts of rising prices for copper will depend largely on the miners being able to meet increasing demand. For a variety of reasons, some of which we’ve discussed here, meeting demand will not be easy and may not be possible at all.