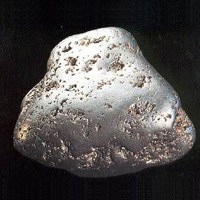 South African authorities said that 34 “protesters” at a platinum mine were killed after police opened fire on the striking workers. The mine is owned by London-listed Lonmin PLC, the world’s third-largest producer of platinum. The Financial Times reports that the violence began a week ago and that 10 people, including two policemen, had been killed in earlier fighting.

The shocking violence in South Africa has had an impact on platinum prices and on the share price of U.S. platinum miner Stillwater Mining Corp. (NYSE: SWC). Platinum futures for October delivery closed at $1,435.20 an ounce yesterday, up nearly 3% on the day and the highest closing price for the metal in more than a month.

The world’s second-largest platinum miner, Johannesburg-listed Impala Platinum Holdings Ltd., fired more than 17,000 striking workers in February, sending the price to a year-to-date high over $1,600 an ounce. The 12-month high is around $1,900 an ounce.

Platinum prices have been falling as demand for the metal from the auto industry has fallen off. But now that the Lonmin mine has lost a week’s worth of production and faces the prospect of losing even more, prices are rebounding from near-term lows of around $1,400 an ounce. In Johannesburg this morning, platinum prices rose to $1,457 an ounce for immediate delivery.