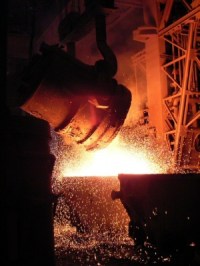 The coal sector may not yet have found a bottom, or at least the prior gains from the bottom may be short-lived. That is the word from Bank of America/Merrill Lynch this morning as the firm made two analyst downgrades in the coal sector and said that it is moving to favor aluminum over coal and steel after recent price moves and developments.

Peabody Energy Corp. (NYSE: BTU) was cut to Underperform from “Buy” and Walter Energy, Inc. (NYSE: WLT) was cut to Neutral from “Buy” as well. That implies a far worse change for Peabody and that is reflected in the share prices today as Peabody was down almost 4% versus “only” a drop fo 2% in Walter. BofA said, “We reshuffle our coal picks to favor ANR on risk/reward, but to shift to a more cautious overall view on met coal with downgrades of Walter to Neutral and Peabody to Underperform, both from Buy.”

In the metals and mining sectors, BofA’s report shows a reshuffling of preferences to aluminum over coal and steel after a positive visit from Nucor Corporation (NYSE: NUE) brings the expectation for an in-line quarter and after Alpha Natural Resources, Inc. (NYSE: ANR) announced thermal production cuts but changes to its dominant met exposure. Arch Coal Inc. (NYSE: ACI) was maintained as an Underperform rating due to its met coal mix and its balance sheet risk.

The overall trend from BofA remains more cautious on U.S. miners and keeping faith in China as Chinese imports account for about 15% of the met coal seaborne market with an expectation that this will remain true in the next five years.