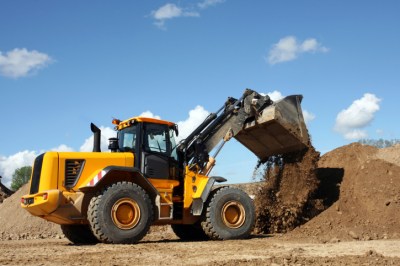 Source: Thinkstock
Farm equipment and machinery retailer Titan Machinery Inc. (NASDAQ: TITN) reported third-quarter fiscal 2013 diluted earnings per share (EPS) of $0.66 on revenue of $582.1 million before markets opened this morning. In the same period a year ago, the company reported EPS of $0.61 on revenue of $423 million. Today’s results also compare to the Thomson Reuters consensus estimates for EPS of $0.65 and $512.8 million in revenue.

In the third quarter, we generated solid top and bottom line growth and ended the quarter with a strong balance sheet. … As we enter the fourth quarter we expect our inventory management strategy will reduce new equipment inventory levels by the end of fiscal 2013. In addition, we expect to improve the construction segment of our business which will enable us to generate stronger operating results in the fourth quarter. We have executed on our organic and acquired growth strategy with strategic acquisitions, both in the United States and internationally.

Titan’s gross margins fell to 16.2% in the second quarter, down from 17.5% in the same period a year ago. The company blamed the drop on a change in sales mix that declined in Titan’s high margin parts and services divisions. That was the same problem the company reported last quarter.

The margin compression experienced by Titan was felt also by Deere & Co. (NYSE: DE) in its most recent quarter. Caterpillar Inc. (NYSE: CAT) escaped the margin problems in its most recently completed quarter, but did note higher manufacturing higher costs as the biggest drag on company profits.

Shares are inactive in premarket trading this morning, having closed at $23.14 last night, in a 52-week range of $19.07 to $36.92. Thomson Reuters had a consensus analyst price target of around $29.70 before today’s results were announced.