Why Alcoa Keeps Rising and Rising 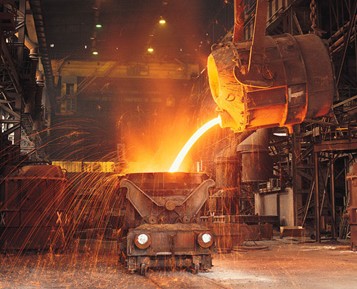 Source: Thinkstock
If you were to ask investor to name a high-flying stock, Alcoa Inc. (NYSE: AA) probably wouldn’t come to mind. But the shares are up more than 8 percent in January. Alcoa’s performance since the summer is even better. The shares have risen more than 48 percent since hitting a bottom of $7.70 on August 30.

To add some irony to this price rise, the shares are up nearly 36 percent since Alcoa was taken out of the Dow Jones Industrial Average on September 20. Here are three reasons why Alcoa’s stock has been moving.

Alcoa is cutting capacity in its primary smelting business. Just this week, the world’s largest aluminum producer said it was shutting the   last two smelting potlines at its Massena East facility in northern New York State. The company said the potlines were no longer competitive. Alcoa has been struggling in the commodity smelting business against lower-cost competitors, particularly those in China. The primary metals business produces lots of revenue but little in profit.

The airline industry is booming. Boeing Co. (NYSE: BA) and archrival Airbus Group (OTC: EADSY) have been posting record orders for new jetliners as newly profitable airlines look to modernize their fleets. Alcoa has been building up a profitable business of very light, high-strength aluminum alloys that airlines love because it means lower weight for new planes — and lower fuel consumption.

The automotive industry is starting to move into aluminum. Traditionally, cars and trucks have been built mostly from steel. Ford Motor Co. (NYSE: F) announced this week that it will use a high-strength, military grade aluminum in the body panels of its 2015 model of its popular F-150 pickup. The move will cut 500 to 700 pounds from the vehicle’s weight. (Steel will still be used in the pickup’s frame.)

Ford earns roughly $10,000 in profit from the F-150, compared with $5,000 from the average car. Small business owners are among the biggest buyers of the pickup. Federal fuel-economy rules are becoming more stringent.

Alcoa’s shares have withstood what was perceived as a weak earnings report on January 9. Alcoa reported a loss of $2.19 a share for the fourth quarter. Most of that was special items. Once those were taken out, the company earned made four cents a share, Barron’s calculated. That was lower than the six cents predicted by analysts. Revenue was $5.6 billion, ahead of the consensus estimate of $5.4 billion.

The shares dropped 5.4 percent the next day but have rebounded since. To be sure, Alcoa has struggled since the Great Recession battered industrial companies around the world.  The stock is still off 73 percent from its January 2000 peak of $42.44.