Why Analysts Are Not Getting Behind Alcoa Yet 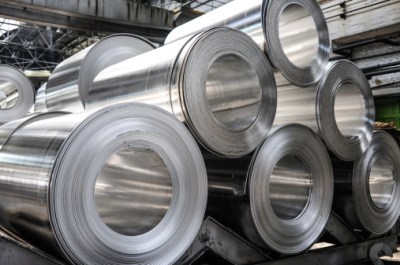 Source: Thinkstock
Initially when Alcoa Inc. (NYSE: AA) reported its first-quarter earnings, 24/7 Wall St. noted that investors might be confused on the results. To help alleviate this, we have gathered and broken down some of the available analyst reports to shed some light on this aluminum giant.

The tight aluminum market and downstream diversification are seen as favorable, but the brokerage firm did not anticipate increasing Chinese competition weighing on primary prices, as well as volatile foreign exchange (FX), which has mixed implications across business segments (helps upstream costs, but hurts pricing as well).

Sam Dubinsky of Wells Fargo commented on the FX situation:

We think more foe than friend. When we initially launched coverage on Alcoa, we liked the tight aluminum market and downstream diversification, but we did not anticipate a strengthening US dollar, which has mixed implications across business segments (helps upstream costs, but hurts pricing as well). We also did not expect China to become more aggressive with exports as its domestic economy slows.

Despite these near-term headwinds, the valuation for Alcoa is considered reasonable, according to the Wells Fargo report. Alcoa shares trade at six times 2015 EBITDA estimates, which is viewed as a fairly low valuation for a large cap company. The company also is not shy from shutting down underperforming assets and diversification via M&A.

In short, Wells Fargo’s investment thesis is that Alcoa in 2015 faces challenges due to volatile FX and increasing competition from China, but the downstream diversification story is favorable, as well as management’s history of taking costs out of the model. Not to mention the reasonable valuation from 2015’s expected EBITDA.

Merrill Lynch maintained its Neutral rating for Alcoa with a price objective of $16. The firm has gotten more cautious on aluminum on oversupply. Merrill Lynch opined that Chinese “discipline” seems to have broken down, and the strong U.S. dollar is pressuring the U.S. premiums.

Analysts from Merrill Lynch detailed in their report:

While its tone and total 6.5% (prior 7%) year over year aluminum demand growth outlook were upbeat, second quarter midstream/downstream guidance disappointed us. GRP second quarter after tax operating income was seen down 30% year over year on current London Metal Exchange and FX rates, while EPS was seen up 3-8% year over year. Upstream Alumina was seen flat, and Primary Metals was expected down by a third quarter over quarter on falling premiums. Alcoa kept its forecasts steady, still robust for construction, aerospace, and auto, but citing weaker Chinese truck/trailer demand into 2015 estimates.

Shares of Alcoa were down 4.9% Thursday morning, at $13.00 in a 52-week trading range of $12.34 to $17.75. The stock has a consensus analyst price target of $18.25, although the lowered targets would suggest that Alcoa’s consensus price target might be drifting lower in the days ahead.