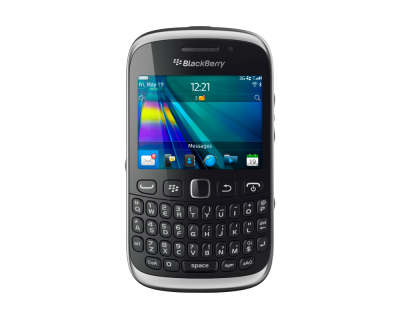 Source: courtesy of Blackberry
quarter results, the firm announced that it had reached a five-year strategic partnership with Hon Hai Precision Manufacturing, aka Foxconn. The Taiwanese company would build some BlackBerry devices and manage the inventory on those devices. The deal essentially got BlackBerry out of the hardware business.

The immediate cause for the turnaround, according to CEO John Chen’s comments during the company’s conference call, is that the older BlackBerry 7 devices are outselling the new BlackBerry 10 devices. If that’s what customers want, by golly, then that’s what BlackBerry will provide. Chen said, “I hope nobody thinks we don’t take seriously the handset business.”

Of course, taking the handset business seriously and manufacturing handsets are two different things. We noted Friday morning that BlackBerry sold 3.4 million smartphones in the fourth quarter, of which 2.3 million were BlackBerry 7 devices. And one inference we can draw from Chen’s remarks is that those BB7 sales were not all excess inventory. Chen also remarked that he has “no intention” of losing money on handset sales.

Software and services are central to Chen’s makeover of BlackBerry, and he has made it clear that the company will no longer be providing software at no charge: “I don’t find the practice [of giving away software] very sensible.”

What the new direction looks like is a recognition that there’s more value in the company’s software than in either its old or its new hardware, and that if BlackBerry basically gives away the hardware it can make it up on software sales and services. That’s rarely a recipe for success.

And if BlackBerry is going to build more BB7-compatible handsets, where will that occur? Less than 10 days ago, the company said it had agreed to sell most of its Canadian real-estate holdings which amounts to more than 3 million square feet of space. Are the BB7 phones going to be built by Foxconn? That was not part of the original deal. Foxconn is supposed to be building phones for the fast-growing markets of Asia beginning late this year or early next year.