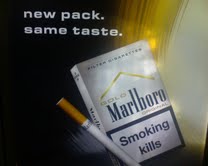 Philip Morris International Inc. (NYSE: PM) has just followed its former parent Altria Group Inc. (NYSE: MO) with a dividend hike.  Philip Morris International’s recent dividend hike was by more than 10% to $0.64 per quarter or $2.56 per year.  The prior rate was $0.58 per quarter or $2.32 per year.  Based upon the near-1.5% share price gain to $54.50 today, the new dividend yield is 4.6% and we wanted to see how this compares to other cigarette rivals.  We wanted to see just how comparable this defensive stock is when you look at Lorillard, Inc. (NYSE: LO), Reynolds American Inc. (NYSE: RAI), and Vector Group Ltd. (NYSE: VGR).

When you look at Thomson Reuters estimates of $3.78 EPS in 2010 and $4.18 EPS in 2011, Philip Morris International is paying out far less than Altria.  Altria’s yield is closer to 6.5% after it has made recent hikes as well.  That comes to a range of 61% to 67% of its earnings per share being allocated to dividend payments.

The reason for a lower payout from International is rather simple if you consider it.  Philip Morris is the international play and it has what many consider more growth opportunities.  It probably also needs to continue to build up its balance sheet if any of those tobacco-loving countries it serves decides one day that those cigarettes unjustly acted as killers of their citizens and follows the U.S. down the lawsuit path.  There is also the currency issue, which can make “International’s” earnings extremely volatile.

This actually marks the third dividend hike since International has been its own company.  The rate was $0.46/quarter in 2008 before jumping to $0.54 and then ultimately to $0.58.

It was just a week earlier that Vector Group Ltd. (NYSE: VGR) declared a regular $0.40 quarterly cash dividend and declared its regular annual stock dividend of 5%. Without the stock component of the dividend, Vector has a dividend yield of about 7.8%.  It is “the other Vector operations” that act as a wild card: Vector Group is also involved in the real estate business through its New Valley subsidiary, which holds a 50% ownership interest in Douglas Elliman Realty LLC (a large residential real estate brokerage firm in the New York metro-area). New Valley also holds investments in several real estate projects in California and New York.