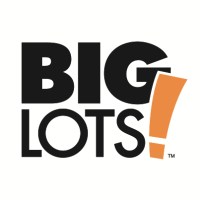 Big Lots Inc. (NYSE: BIG) reported second quarter EPS of $0.36 on $1.18 billion in sales before markets opened today. In the same period a year ago, the discount retailer reported EPS of $0.50 on revenue of $1.17 billion. Second-quarter results compare to the Thomson Reuters consensus estimates for EPS of $0.41 and $1.24 billion in revenue.

The big problem for Big Lots is that the company’s target audience is currently strapped for cash and the problem will likely get worse as gasoline prices, home rents, and food costs rise. A relatively small portion of the company’s sales are based on consumer staples when compared with Family Dollar Stores Inc. (NYSE: FDO) and Dollar General Corp. (NYSE: DG).