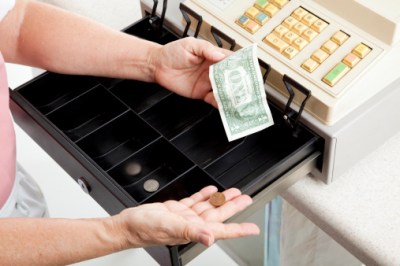 Source: Thinkstock
The turnaround stock story of Rite Aid Corporation (NYSE: RAD) seems to have come under question after a large stock sale from Canadian pharmacy backer Jean Coutu substantially lowered the stake in the company. After looking through the ownership and after considering many issues in this turnaround, Jean Coutu selling even this many shares looks as though it just does not really matter that much to value investors and to turnaround investors alike.

By selling a whopping 72.5 million shares recently into market strength, The Jean Coutu Group has yet again reduced its stake in Rite Aid. Yes, Coutu is Rite Aid’s largest holder. Yes, the stake is now down to about 11.7%. Yes, one more sale of this magnitude will take the ownership to under 10%. We view this as opportunistic selling because the sales were at $2.20 on average. This stock went as high as $2.44 so far in April and this was the highest share price since mid-2008 when it was obvious that the recession was going to overcome the U.S.

The market was more than strong enough in the last week to absorb close to $160 million in share sale proceeds. The official line is that Jean Coutu is trying to reduce its Rite Aid position but that it is still supportive of the company. Coutu also sold a large number of shares last year and that was when its stake was over 20%. We also saw that the trading volume going above 100 million shares one day this week was the highest trading volume going back at least two years. We would also note that Rite Aid was considered to be a buyout candidate as recently as mid-2012 and that was even after Jean Coutu had sold shares back then as well.

The chart is what matters right now and all that we think has to happen is for Rite Aid shares to remain above $2.00 for just a few weeks. That will change the chart pattern and the technicals perhaps permanently in the minds of pure chartists and technicians. Each and every time that the stock has run up to and over $2.00 it has petered out and fallen back off. This time may be different because now Rite Aid is forecasting a profitable 2013.

Let’s just assume that Rite Aid is as profitable as it projected for 2013. Because the situation is leveraged it trades at a mere fraction of its peers. We outlined this in a fesh valuation comparison against Walgreen Co. (NYSE: WAG) and it just sets the stage for new turnaround investors to come into the fray here. The long and short is that Rite Aid would have to rally close to eight-times to get the same sort of revenue multiple.

It is almost painful to say, but Rite Aid may finally have the beginning of a mix that is backed by profitable operations as it adjusts to new generic drug trends. That is something that will continue to attract value investors and turnaround investors alike. If Rite Aid holds the $2.00 mark for a couple more weeks it is very possible that its stock could recover to close to $3.00 before waves of new sellers really take some profits off the table again.

Lastly, Rite Aid closed down unofficially by only 1-cent at $2.24. If there was real concern you would have seen more selling than you saw this week. There is no such thing as a free lunch in turnaround investing and in value investing, but the situation is looking far better than we first decided not to include it in the top nine turnaround stocks for 2013 solely because of its post-sales news stock reaction. Stay tuned! 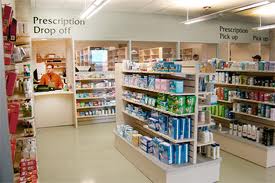