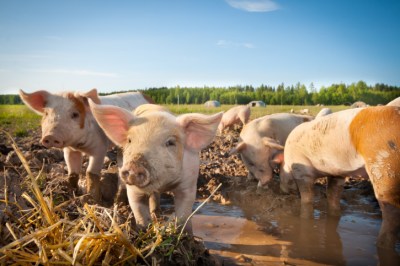 Source: Thinkstock
One of the bigger acquisitions of the year is getting a negative review from a major shareholder. Smithfield Foods Inc. (NYSE: SFD) has agreed to be acquired by China’s Shuanghui International Holdings Ltd. for about $7.4 billion, or $34 a share. Investment firm Starboard Value LP thinks that Smithfield would be worth more if the company were to split itself into three separate businesses.

We believe the Proposed Merger goes a long way towards closing the gap between the pre-deal market value of Smithfield and the intrinsic value of the business. However, we believe the Proposed Merger still significantly understates a conservative sum-of-the-parts valuation of the Company, which we estimate to be worth between $9 billion and $10.8 billion after tax, or approximately $44 to $55 per share, representing an approximate 29%-62% premium to the $34 per share Shuanghui deal.

The problem Starboard faces is that Smithfield has agreed with Shuanghui to a prohibition on seeking superior offers. Starboard says that because of this limitation it is “seeking to identify and connect any strategic or financial buyers for [Smithfield’s] individual business units… .”

Starboard, which owns 5.7% of Smithfield’s stock, says that it is “not necessarily” opposed to the proposed sale of Smithfield, but that the investment firm believes Smithfield can get a better deal. And because Smithfield cannot go looking for other buyers, Starboard will get on the case.