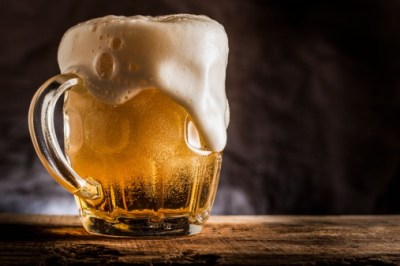 Source: Thinkstock
If there is one stock market sector that never seems to go out of favor on Wall Street and Main Street alike, it is spirits and beer. In fact, often when the market goes into a protracted tailspin like we saw in 2008 and 2009, the stocks actually can outperform. The one ever-changing dynamic in the business is that people’s tastes change, and different products go in and out of favor — often at a quick pace.

In an initiation of the spirits and beer sector, the analysts at Cowen telegraphed that they love whiskey. Bourbon has been the fastest growing distilled spirits category in the United States over the past three years. The growth is likely to continue with bourbon’s current 12% share, which remains well below the peak in the 1970s but is growing fast now. Over the past decade, alcoholic beverage sales have grown at a 3.3% compounded annual rate. Not hyper-growth, but steady, which is good for investors with a long-term time frame.

Molson Coors Brewing Co. (NYSE: TAP) is the only one of the mega brewers to make the list of stocks to buy at Cowen. The analysts make an exception to their craft beer thesis, and they also make a rather bold binary call suggesting that the company will make a deal to acquire the balance of the Miller-Coors joint venture that they don’t own now, a move that could drive double-digit accretion. With Heineken recently turning down the SABMiller takeover offer, the Cowen team likes the chances of an Anheuser Busch InBev/SABMiller deal, which would free up the joint venture for acquisition.

Molson Coors investors are paid a 2.2% dividend. The Cowen price target for the stock is $89, and the Thomson/First Call consensus target is $80.10. Shares closed Monday at $76.

READ ALSO: What Express and Premium Store Launches Can Mean for Starbucks

Brown-Forman Corp. (NYSE: BF-B) is a company taking advantage of that growth in bourbon sales, as it is the purveyor one of America’s most iconic alcohol brands, Jack Daniels Tennessee whiskey. With new brands to augment the old favorite like Tennessee Honey, Woodford Reserve and the soon to be released Tennessee Fire, sales growth is very solid. The international category is growing faster than even the strong domestic trends, with significant opportunity for share gains in emerging markets, which are small relative to the total, but posting double-digit growth.

Investors in Brown-Forman are paid a 1.6% dividend. Cowen starts the stock with a $104 price target. The consensus target was not posted. Shares closed Monday’s trading at $91.07.

Craft Brew Alliance Inc. (NASDAQ: BREW) is one of the top craft beer brewers, and the Cowen team feels the company is well positioned to capitalize on the steady craft beer growth rate, which they see at a solid 10% over the next five years. The company is engaged in brewing, marketing and selling craft beers and ciders under the Kona, Widmer Brothers, Redhook, Omission and Square Mile brand names in the United States.

While tastes change, the world’s appetite for alcohol has not. The Cowen thesis is one of a dominant bourbon brand and the continued growth of the craft beers. Next time you are in your favorite watering hole, you may want to do your own research, and see just how spot-on the Cowen view may be.

Peloton Races Ahead With Q4 Results

Will a New CEO and a Huge Write-Down Save Aurora Cannabis?