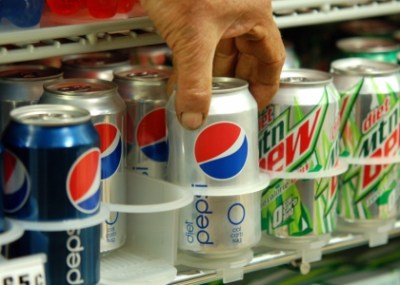 Source: courtesy of PepsiCo
PepsiCo Inc. (NYSE: PEP) reported third-quarter 2014 results before markets opened Thursday. The food and beverage company posted adjusted diluted earnings per share (EPS) of $1.36 on revenues of $17.22 billion. In the same period a year ago, the company reported EPS of $1.24 on revenues of $16.91 billion. Third-quarter results also compare to the Thomson Reuters consensus estimates for EPS of $1.29 and $17.09 billion in revenues.

On a constant currency basis, adjusted operating income rose 5.5% on revenue growth of 2%. On a GAAP basis, revenues rose 2% and operating profit rose 2%. In general, the company was able to increase both price and volume in many of its regions, but beverage business revenues in the United States could do no better than remain flat with the same period a year ago, although adjusted operating profit rose 4% on lower commodity costs, productivity gains and better pricing, partially offset by operating cost inflation.

Pepsi raised its outlook for adjusted annual EPS from a year-over-year increase of 8% to a new level of 9%. That translates to EPS of around $4.76, well above the current consensus estimate of $4.57. Currency translation effects are expected to have a negative impact of around 3% on 2014 EPS growth.

The company continues to expect organic revenue growth in the mid-single digits and productivity savings of $1 billion. Pepsi expects commodity price inflation in the low single-digit range for 2014.

ALSO READ: After the Warning, Is SodaStream a Better or Worse Buyout Candidate?

Our organic revenue grew three percent and we achieved positive effective net pricing through strong price/pack revenue management. … Based on the strength of our year-to-date results and our outlook for the remainder of the year, we are raising our full year, core constant currency EPS growth target to nine percent.

Pepsi raised its full-year EPS guidance at the end of its second quarter and now again at the end of the third quarter. Analysts apparently have had a hard time believing the company, because they did not raise the consensus estimate to anywhere near an 8% bump after Pepsi’s second-quarter results were announced.

Pepsi expects to return a total of $8.7 billion to shareholders in 2014 through a combination of $3.7 billion in dividends and $5 billion in share buybacks.

This Is The Year Americans Bought The Most Guns