Get Ready for Higher Cigarette Prices 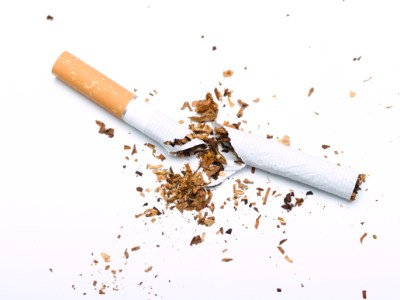 Source: Thinkstock
Ever since prices at the gas pump have fallen, people have generally had more disposable income to do with as they wished. As a result, companies have been looking for a way to take advantage of this, but it looks like Altria Group Inc. (NYSE: MO) has a solid plan, according to analysts. At the same time it looks like other companies in the tobacco industry will be following suit as well.

The big plan is to increase the price of cigarettes, but only marginally. Based on current trends among smokers in the United States this move could have large implications for the tobacco industry as a whole.

Ultimately the pricing move seems to reinforce Merrill Lynch’s belief that the U.S. cigarette industry is in a very rational competitive state at present. As evidenced in the first quarter of 2015, the brokerage firm believes that lower gas prices and higher wages have led smokers to trade up to premium-priced cigarettes as their wallets got a little fatter.

Merrill Lynch detailed the plan in its report:

PMUSA announced a $3.50/1000 sticks (or 7c/pack of 20 sticks) list price for Marlboro, L&M and its other cigarette brands. Further, PMUSA announced a 7c/tin increase for Marlboro Snus. This price increase follows a list increase (or promo allowance reduction) of a similar amount in November 2014 and represents about a +1.6% to +1.8% increase across its cigarette portfolio. We would anticipate another increase of similar size in November 2015.

Other tobacco companies, including Lorillard Inc. (NYSE: LO) and Reynolds American Inc. (NYSE: RAI), are expected to adjust their prices as well.

Wells Fargo mentioned the $0.07 Altria hike as well, but showed that Philip Morris is also offering $0.08 per pack promotional allowance on Marlboro packs in mid-May. This move was considered interesting by the firm. This could defend Marlboro’s market share against higher promotional efforts that Reynolds has been running on Winston and Kool labels in select markets. Last May, Altria raised prices, and concurrently the Wells Fargo expects that tobacco stocks will rise from the price hike.