A Good Opportunity for Lululemon Athletica 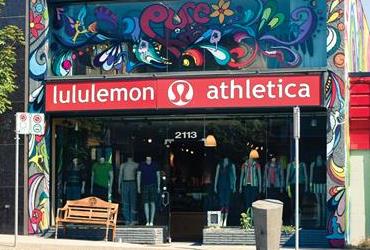 Lululemon is trying to tap a $1 billion market, according to Bloomberg. It wants to take on a market in which Nike Inc. (NYSE: NKE) is the market leader. Nike saw its sales in men’s wholesale revenue increase 14%, and its apparel segment increase by 17% since 2012.

Essentially, Lululemon wants to add diversity to its product line without deviating too much from its core competency. Its men’s clothes are designed for comfort and functionality, which should add to the appeal, but does it have the brand reputation to support the move? Moreover, Lululemon Athletica opened a store in New York devoted exclusively to men in November.

Lululemon has already experienced accelerating success culminating into a 16% same-store sales increase for the fourth-quarter of fiscal 2014 for the men’s segment. Encouraged by the success of a new demographic, the company plans to expand the assortment and store footprint devoted to the men’s line. According to Bloomberg, one Canadian Lululemon Athletica store saw its men’s revenue jump 90% after it expanded its men’s apparel.

The initial success of the men’s apparel line is certainly encouraging for Lululemon and its shareholders. But Nike has proved to be nearly impossible to beat in the men’s athletic apparel category, with exception of Under Armour Inc. (NYSE: UA).

Wall Street analysts feel that Lululemon has run its course as far as stock market potential, most likely due to its price-to-earnings (P/E) ratio of 39. Thomson/First Call has the mean target price pegged at $67.15 per share, representing a mere 3% gain from its current stock price. By contrast, Nike trades at a P/E ratio of 29, which is lower than Lululemon. Its mean target price is pegged at $109.31 per share, representing an 8% gain from its current stock price.

However, given Lululemon’s robust start to its men’s apparel line, these numbers may prove wrong. Lululemon Athletica may just overtake Nike on its fundamental and stock return basis.