Will Anyone Understand P&G Earnings? 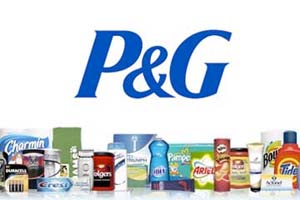 Source: P&G
The Procter & Gamble Company (NYSE: PG) is among the Dow Jones Industrial Average components reporting its second quarter earnings this week. While its report is not due until Thursday morning, many investors have to be trying to figure out how they will be judging P&G in this last quarter and the quarters ahead. P&G of course has that pesky dollar that will be reducing its earnings and revenues, but it is also in a giant restructuring which may be far from over.

Investors also need to consider that P&G is among the few mega-cap stocks with its $218 billion market cap. Also under consideration is that P&G sold Duracell to Berkshire Hathaway Inc. (NYSE: BRK-A) for a deal of $3 billion that had an all-in value of roughly $4.7 billion when the stock swap was considered.

In the past year, P&G has been lopping off lower growth and non-core brands to focus on its core portfolio. While parting with these beauty brands really seems like a natural progression for P&G at a time when investors want growth, even if that growth is engineered, it also will be the devil’s game for analysts trying to pinpoint the real estimates going forward.

P&G is targeting to pay dividends and retire shares worth up to $70 billion during fiscal years 2016 to 2019 through a combination of shares being eliminated. Still, some considered its dividend hike in April a bit of a disappointment.

P&G was recently named as a runner-up against smaller rival Kimberly-Clark Corp. (NYSE: KMB) in the 24/7 Wall St. 10 Stocks to Own for the Next Decade. Last week Kimberly-Clark managed to beat earnings expectations but with narrower guidance. Unfortunately Kimberly-Clark’s earnings report did not give enough cover or clarity to make any stark revelations in P&G.