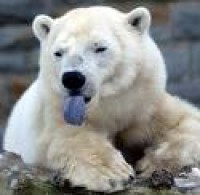 The heads of the regional Federal Reserve banks are thinkers, but they may not be doers. Narayana Kocherlakota, the President Federal Reserve Bank of Minneapolis, said today that “unemployment will remain above 8 percent into 2012.” Put another way, the economy will have difficulty recovering because so many people are out of work–and, the Fed can do nothing about it other than make modest adjustments to monetary policy. And those may not bear fruits

His views on unemployment seem to be at odds with his forecast for GDP which is relatively positive.

Real GDP growth has been positive in each of the past four quarters, and the government’s initial estimate is that GDP grew at an annualized rate of 2.4 percent in the second quarter of this year. Based on estimates from our Minneapolis forecasting model, I expect GDP growth to be around 2.5 percent in the second half of 2010 and close to 3.0 percent in 2011. There is a recovery under way in the United States, and I expect it to continue.

The Fed governors and regional chiefs continue to whistle past the graveyard. Kocherlakota ignores the fact, perhaps to bolster public confidence, that high unemployment and GDP growth cannot be reconciled. The is particulary true because if joblessness is over 9% for most of the period that began two years ago and will a year or more from now, the size of the population that has been out of work for more than half a year will swell into the millions. These people cannot be consumers and their skills deteriorate each day that they are out of work as do their spirits.

He adds one more comment that shows that he is less hopeful than he would like to appear, and it is about how to assist the long-term unemployed

Recent economic research, including some done at the Federal Reserve Bank of Minneapolis, shows that such a program will not feature the termination of benefits after 26, 52, or 99 weeks. Instead, a good insurance program should offer constant benefits over the entire duration of an unemployment spell, however long.

That is a suggestion from someone who is worried that the Fed is nearly powerless.